Fighting for the faith to win

A DAY BEFORE the scheduled pastoral visit of the Executive Minister to the Ecclesiastical District of Benguet, the brethren there and in neighboring districts have already prepared to go to the house of worship of the Local Congregation of Baguio.

Many eagerly waited to witness and be part of the momentous worship service, longing that their faith be edified once again. Sister Daisy Castañeda, on the other hand, was struggling with her mind because of the horrific ordeal her 24-year-old son Arsy experienced.

“On December 19, 2019, my son figured in a serious accident and needed immediate surgery,” said Sister Daisy, the head secretary of the Local Congregation of Baguio who helped in making their congregation’s final preparations for the Executive Minister’s pastoral visit. “I placed my trust in God and prayed that He would spare the life of my child. What I prioritized was fulfilling my duties in the Church,” she continued. She also said that some people who did not understand her faith criticized her and accused her of neglecting her child in the face of a life-and-death situation.

The next day, December 20, Brother Eduardo V. Manalo, the Executive Minister of the Iglesia Ni Cristo (Church Of Christ), officiated at the worship service in the Local Congregation of Baguio. In this gathering, 30 ministerial workers were ordained as full-fledged ministers of the gospel. In Brother Eduardo Manalo’s Bible-based homily, he admonished the brethren to fight for their faith effectively by living in a true Christian way and by not allowing themselves to be perplexed with their daily worries and problems. This will train them spiritually, so that they can surpass the difficult trials in life triumphantly.

Sister Daisy was able to attend the gathering. She intently listened to God’s words preached by the Executive Minister. She said, “I treasured God’s words in my heart and firmly believed that He meant for these words be spoken to strengthen me. I felt as if His words from the Bible that were read at that time were meant personally for me. According to Brother Eduardo Manalo, it is not going to be easy to live in this world, especially now that Judgment Day is near. We will face intense persecutions, worsening calamities, and severe trials.”

On the day of the Executive Minister’s pastoral visit, Sister Daisy’s son was also undergoing surgery. “I asked my mother to look after my son, while he was in the hospital. I was not by his side that moment, but I never had second thoughts. For, even if I were there, I couldn’t have done anything, anyway. But, in the house of worship, I will pray to God for my son and the Almighty Father will do great things for my son because nothing is impossible with Him,” she said.

Sister Daisy believes that God will ease her burden and take care of her child. “My son was in my prayers in the whole duration of the worship service. I thought I would be overwhelmed with the situation, but on that day, I was remarkably calm. I felt God’s immense blessing,” she said.

Having felt God’s loving embrace, Sister Daisy came out of the house of worship with the strength she needed. “After the worship service, I already had that sense of calmness that my son was alright and that I had nothing to worry about,” said Sister Daisy. True enough, when she arrived at the hospital later that day, she had nothing to worry about—God had answered her prayers. She continued, “His condition was stable. The surgery went smoothly. I was in tears because I was so happy. It was proven even to other people that the God we worship in the Church Of Christ is the one true God. His love is indeed immeasurable.”

Although Church Of Christ members experience different situations in different times of their life, the Lord God never fails to help them, especially in their bleak moments. Sister Lucia Cuevas, an 87-year-old deaconess, shared some instances in her life that show how God helps those who fight for their faith. She narrated, “I am a former Catholic from Sampaloc, Manila. I was introduced to the Iglesia Ni Cristo, became a member, moved to Baguio, and eventually got married. I had five daughters, which made me feel very happy and contented with my life. However, tribulations came upon me one after another. My firstborn died because of an illness. Then in 1990, a terrible earthquake struck Baguio. I was separated from my four children because they were either in school or at work. We were reunited a day after at the evacuation center. Years later, my youngest daughter succumbed to a terminal illness as well, which was the cause of her death.” 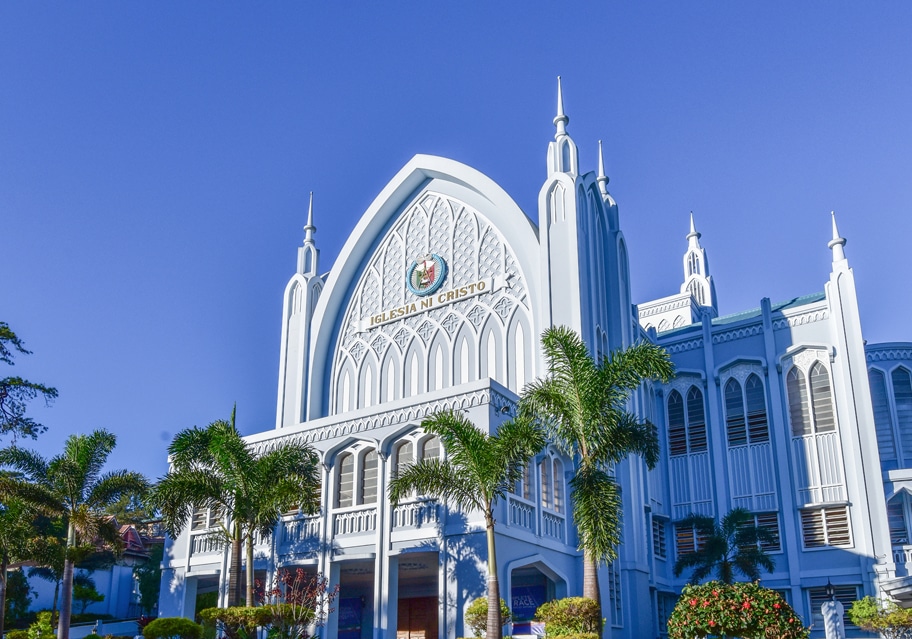 Sister Lucia recalled her past as she listened to God’s words preached by the Executive Minister. She treated the severe trials she experienced as fierce battles in her life that she had to fight hard, so that she would not lose her faith and her hope for salvation. She said, “I believe that this is the reason Brother Eduardo Manalo continues to teach and remind us that in order to effectively fight for our faith, we should not only pray to God, but we should be prayerful.”

Expressing her conviction, Sister Lucia said, “I always pray to the Father to keep me in His favor, so that I will remain in the Church until the end of my life.” Recalling how she was able to surmount the trials in her life, she said that she will carry on, knowing that God never abandoned her but made her faith even stronger. She said, “I have been a member of the Church Of Christ for many years now and I have many stories to tell the younger generations. Some of them are sad, but all of them are spiritually fulfilling. Yes, trials are difficult and painful, but they are necessary to keep us aware that we always need God in our life. Trials are unavoidable, but we need to triumph over them to reach the Holy City.”