AS 2020 CAME to a close, members of the Iglesia Ni Cristo (Church Of Christ) wholeheartedly gave bountiful thanksgiving and praises to the Lord God, glorifying and exalting His Name. They firmly believe that it was through God’s blessings, love, and protection, that they were able to make it through the past year, which was filled with distressful calamities—wildfires, typhoons, flash floods, volcanic eruptions, civil unrest, the Covid-19 pandemic, and economic downturn.

“I was at work when I heard the news about the aftermath of Typhoon Ulysses that badly hit the northern regions of the Philippines. My hometown, Camalaniugan, Cagayan where my family lives, was severely affected by heavy rains that caused massive flash floods submerging entire municipalities,” said Brother Leo Malazzab, a Society of Communicators and Networkers International (SCAN) officer from the Barra Local Congregation, Ecclesiastical District of Macau. He has been working in Macau for seven years.

Floods and landslides wreaked havoc in the northern provinces of Cagayan and Isabela due to the rains brought by the typhoon. Local authorities called it the worst in the region in four decades (reliefweb.int).

He tried to call his family to find out their situation, but communication was down. “Four days had passed and I received no news from them,” Brother Leo said, with his mind racing on what to do as he saw on social media the typhoon’s devastating impact.

However, Brother Leo never doubted what God can do. He continued his prayers to ask God for help. “Day and night, I asked for His protection over my family, to keep them safe,” he said. It did not take long for his prayers to be answered. “It was a Sunday morning, after I attended the worship service, when I finally received a text message from one of my children saying that they were safe and there was nothing to worry about,” he added. He remembered how tears ran down his cheeks as he again entered the place of worship to thank God in prayer for His mercy.

Filled with inspiration from God, Brother Leo said, “There are so many reasons for me to be thankful. I remain in my divine calling, my membership in the Church. This, for me, is a manifestation of God’s faithful love—His love that has no boundaries, His love that never ends.”

Aside from the distress caused by calamites, many people also worry about illness, especially when it affects family members.

Brother Harold Cabagua, a deacon in the San Malou Local Congregation and who has been working in Macau for 15 years now, sobbed as he narrated: “At the age of 12, our eldest daughter was diagnosed with and is currently suffering from stage 5 chronic kidney disease. She cannot walk nor stand because of her condition. Even though I’m far from her, I can see how much she struggles every time she feels the pain.”

“As a parent, seeing your child struggle brings much pain. The doctor even told us that her life wouldn’t last long,” he said. However, because of his undoubting faith in God, he has not given up and keeps on praying. “Why would I give up on God? He is the greatest healer and there is nothing impossible with Him,” he said as he remained optimistic, not losing his hope and faith in God. 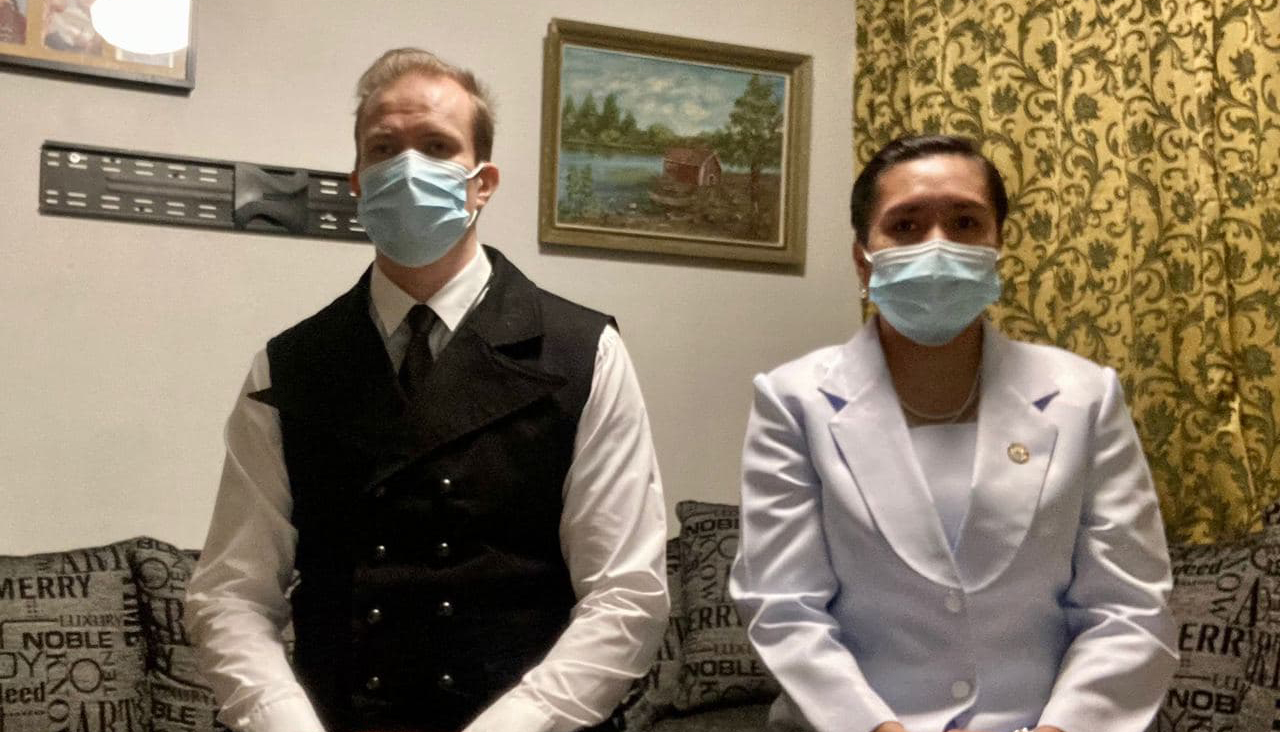 Finland was named “the happiest country in the world” by the United Nations world happiness report for three consecutive years since 2018. But even people living affluent and comfortable lives have their share of sorrowful moments. Rich or poor, young or old, sadness and grief are experienced by those who have lost their loved ones.

“When my father died, I felt so lost, as if much of my strength was gone. I thought I couldn’t do anything to cope with what happened. I asked myself, ‘How could I go on?’ And that scared me,” said Brother Tommi Samuli Kakonius, a Church member from the Local Congregation of Helsinki, Finland.

Brother Ari Matias Ainassaari also hurdled the pain of losing a loved one. “The experience of my dad passing away was painful for me that it felt like missing a huge part of my life. I was worried [for my mother] if she would be able to manage it all, to live alone. I was the one who handled funeral matters because my mom and sisters were too emotional to handle them,” he said.

However, as Church Of Christ members, these brethren knew that though such situations are inevitable, they can firmly place their hope in God’s faithful love.

Brother Tommi expressed how God strengthened him during that point in his life when he felt the weakest. His father’s death felt like a strong blow that knocked him down. He continued, “But God gave me strength, that’s why I was able to get up stronger. Through the worship services, I receive strength from Him. I am and will always be thankful.”

“I am happy that the Church has reached its 10th anniversary here in Finland and I’m extremely grateful that I am able to witness and be part of this great victory that God gave us,” said Brother Matias. He stated that he will never cease showing gratitude to God, for His love is all the more felt, even in times of sorrow. “I continue giving thanks to our God because He never abandons us. He always keeps giving His blessings to us,” he said.

“It feels amazing to see the Church grow in our country. I have been in so many religious groups in the past, but I found the right place for me when I came to the Church Of Christ. I knew that this is where I belong,” Brother Tommi said.

These members of the Church Of Christ in Finland expressed that they will always be grateful to God, looking forward to His promised blessings for His people in whatever situation.

Dakal pung salamat—a Kapampangan phrase which means “thank you very much”—is an understatement to express the gratitude of the brethren from the Local Congregation of San Antonio, Lubao, Ecclesiastical District of Pampanga West as they attended the Year-end thanksgiving worship service officiated by Brother Eduardo Manalo via live video streaming and commemorated the centennial anniversary of their local congregation.

Sister Gina Escoto, a deaconess, finance officer, and secretariat officer, remembered what Brother Eduardo Manalo emphasized in a part of his sermon: “He taught us that since Judgment Day is truly near, it will be even more difficult for people to live in this world. That is why we, God’s true servants, must always conduct devotional prayers and make prayer part of our life,” she said.

Sister Gina remains thankful despite facing many severe problems not just in 2020 but also in the past years. Her second child died in 2007 due to illness. Then in 2018, she became a widow when her husband died of a heart ailment. She considers their deaths as the lowest points in her life. However, she never gave up in worshiping and serving God.

“Being able to worship God and give bountiful thank offerings to Him is a huge blessing that my family received, even if it is hard to live because of the sadness and troubles in this life. God helps me to overcome such trials because He always answers my prayers to Him. I always pray to God and it is in serving Him and performing my Church duties that I find the greatest comfort,” Sister Gina said.

Also thankful for God’s help and guidance, Brother Jimmy Santos, the congregation’s second head deacon, expressed how he and his household give much importance to rendering thanksgiving to God. He said, “We would not be able to survive the calamities and the challenges that came upon us if we relied on our own capabilities.” With this in mind, he and his family fully understand that they owe everything to God.

Brother Jimmy was diagnosed with prostate cancer in 2009. He spent his family’s life savings and even sold most of their property just to pay for his medication and treatment. He firmly believes that God gave him a longer life that he may continue to worship and serve Him. “I promise God that I will devote myself more to fulfilling my duty. With God’s grace, here I am now. The material things we lost back then are nothing compared to the abundant blessings that my family and I receive every day,” he said.

The Executive Minister reminded the brethren that whatever challenge and problem they face in life, even the current pandemic, as long as they remain steadfast in their faith to God, they can surpass everything. Church Of Christ members are always thankful for God’s continuous grace amidst all of the difficulties. Their life and strength remain because God’s faithful love never ends.