DESPITE THE PANDEMIC that continues to plague the world, God’s unfailing love is palpably being felt by His people, the Church Of Christ members in these last days.

On September 11, 2021, in the worship service led by the Executive Minister, Brother Eduardo V. Manalo, the brethren witnessed the graduation of 669 ministerial students who finished the course Bachelor of Pastoral Studies and Evangelism for the academic year 2020–2021. This brought the total number of new regular ministerial workers who took oath this year to 725. Aside from this, 30 ministers were conferred the degree Master of Evangelical Ministry Major in International Mission.

The worship service was attended, through videoconferencing, by brethren from three Group Worship Services, 28 local congregations, and an ecclesiastical district celebrating their milestone anniversaries. From the Pilar Manalo-Danao Multimedia Center of the Church’s Central Office Complex in Quezon City, the Executive Minister warmly greeted them and led them in the sacred gathering.

Witnessing more ministerial workers being added to the fold and more years added to the existence of many local congregations and districts, members of the Church Of Christ around the world find great inspiration, for such blessings manifest that God’s love for the entirety of His nation and its individual members never fails. Such was what is attested to by the brethren from the following congregations that were included in the said worship service led by the Executive Minister: 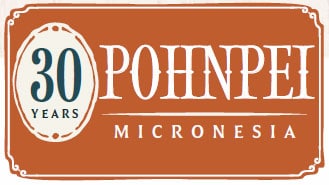 Being a thriving car mechanic in a humble car shop, Brother Faustino Yuson had already established his family on the island of Pohnpei. His simple yet peaceful life, however, was suddenly shaken by a trial he faced. He shared, “It was in early 2019. My employers informed me that they could no longer sustain paying for my salary and had to terminate my employment.”

“For almost two years, I didn’t have a stable job. We were just trying to get through each day. At that time, my wife left for the Philippines because she had to change her visa status. So, my son was left with me, and we had no definite source of income,” Brother Faustino said. That, however, did not hinder him from performing his duties in the Church.

Just in time, when his wife returned from the Philippines, Brother Faustino had to leave the island to also return to the Philippines because his work permit had expired. He said, “I continuously persevered and rendered fervent prayers to the Almighty God to lead me through those difficult times.” With God’s grace, he was able to obtain a new working permit and was able to return to the island. And while looking forward to regain and recover slowly from the difficulties he endured, Brother Faustino continued being active in serving God and performing his God-given duty as the head deacon of the Local Congregation of Pohnpei, Ecclesiastical District of Micronesia.

Reminiscing those moments, Brother Faustino was moved by the teachings of the Executive Minister, Brother Eduardo Manalo, in the worship service. Brother Faustino expressed, “Just like what the Church Administration continues teaching us, God will never leave nor forsake us. We have to be firm and strong in our faith that God will help us through trying times and firmly believe in the great reward that awaits those who will persevere.” 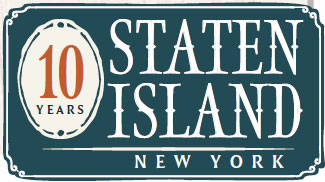 In the early 1990s, Brother Marlon Cancio just migrated to the United States. He had only begun to establish himself in the country by studying for his board exam to be an occupational therapist. On a conditional working visa from the Philippines, Brother Marlon’s future in the country hinged on passing this monumental exam.

While studying and working many hours, Brother Marlon felt anxious about his upcoming test and his situation in the country. Knowing that he could not do it by himself, he sought guidance. He remembered, “I was advised by our resident minister and a family member, who also is a minister in the Church, to conduct my personal devotional prayers and to lay out everything to God and make a sincere promise to Him that I will never forget Him.”

Brother Marlon conducted his devotional prayers and continued with his services to God. As was taught by the Executive Minister, Brother Eduardo Manalo, that if Church members who live according to God’s will pray to Him, He would heed their prayers because His love for His faithful servants never fails. That was what Brother Marlon experienced. Through the help of the Almighty Father, he was able to pass his board exams.

Although Brother Marlon obtained what he aspired for, he has never forgotten Who gave this great blessing to him. He expressed, “I always acknowledge that material blessings and successes that I have achieved all came from God. That is why I always strive to make sure that I am dedicated and fervent in fulfilling the duty He entrusted me with.”

Brother Marlon, who is now a head deacon in the Local Congregation of Staten Island, Ecclesiastical District of New York, has always vowed to live his life according to God’s will. Brother Marlon promised, “We approach every day as a blessing from Him. That is why I promise to do my best in every opportunity to do good. I will always introduce the Church Of Christ to others, so they, too, will have a chance to feel God’s love, be saved, and have true peace.” 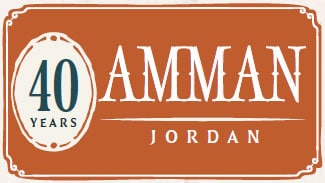 Such was the experience of Sister Melody Mandac. She shared, “My brother passed away while I was here working. I didn’t get a chance to see or speak with him before he was gone. That’s one of the unpleasant things one can’t avoid, while being away from loved ones.” While mourning, she had drawn strength from God for her to be able to carry on, not only in working hard for her family’s future but, above all, to uphold her services to God.

Her faith in God is also what she leaned on when she was afflicted with Covid-19. She shared, “I didn’t stop praying to God to heal me.” With God’s mercy, she eventually recovered and was able to continue performing her duties as a Light of Salvation secretary and a KADIWA officer. “My hope is in prayer and strong confidence in the Lord God, that no matter what challenges we face in life, we will be able to remain steady. No matter what we experience in this world, we have the true God Whom we can call upon for help inasmuch as He is always ready to assist us in times of need,” she expressed. 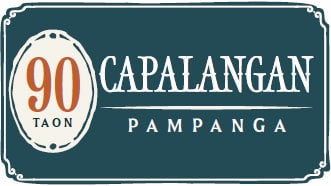 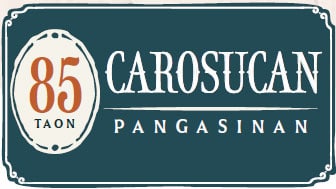 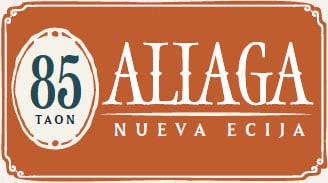 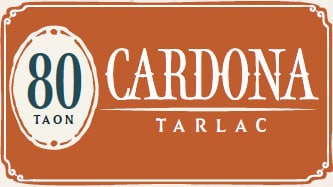 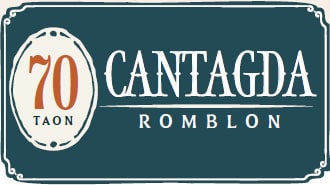 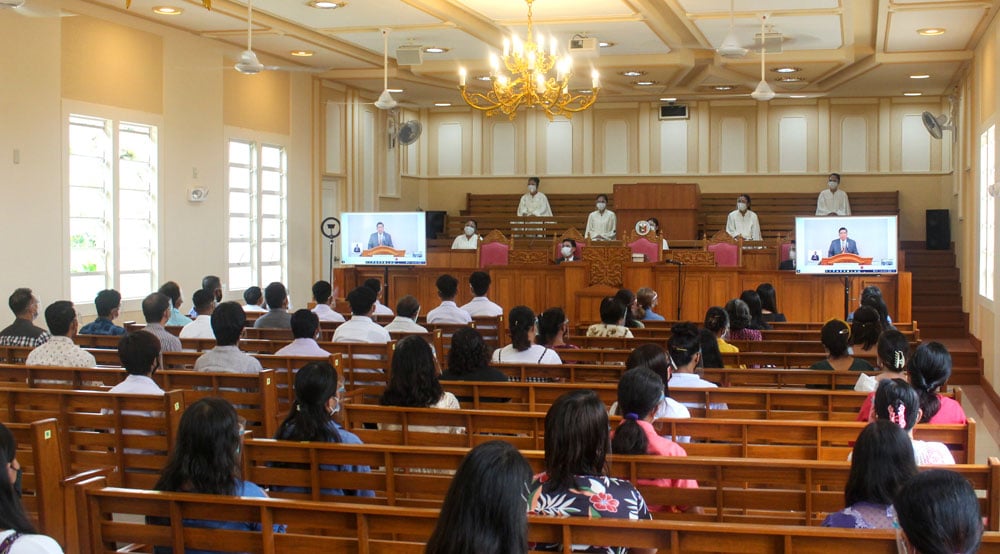 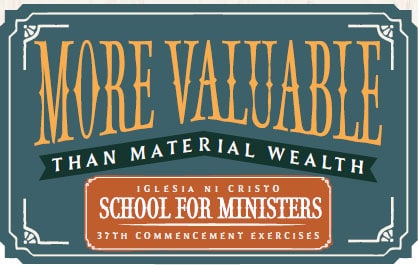 Brother James Tom Deocadez graduated with the degree of Bachelor of Pastoral Studies and Evangelism from the Iglesia Ni Cristo (Church Of Christ) School For Ministers for the Academic Year 2020–2021.

Before heeding God’s call to enter the holy ministry, Brother Tom, as he is fondly called, graduated with the degree of Bachelor of Arts in Filipinology minor in Mass Communication. “I first worked as an English language instructor. Then I was hired and worked for a business process outsourcing company. With that, I earned more than enough for myself and my family. Add to that the benefits I get as an employee, including allowances for food, clothing, and transportation,” he shared.

Although a person needs material things to live, but as a member of the Iglesia Ni Cristo, Brother Tom knows what is more important—to devote himself to serving the Lord to all the more be certain of salvation. That is why, he said, “I held my devotional prayers to God to guide me on what to do and how I could all the more serve Him. Then, our resident minister visited my family. He encouraged me to study in the holy ministry. I firmly believe that it was God’s answer to my prayers.”

Pondering on God’s words that were taught by Brother Eduardo V. Manalo in the worship service, Brother Tom said, “As taught by the Executive Minister, a servant of God who wants to dedicate his life to Him must be willing to all the more devote himself to serving Him and the Church. That is why we should not refuse to accept and hold a Church duty. This is the very reason I decided to study in the ministry, for I believe that this is God’s calling.”

Having understood the value of being a helper to the Church Administration in caring for the brethren’s spiritual welfare, Brother Tom promised, “To be of service in the holy ministry is more valuable than what I had before. I promise the Almighty God, the Lord Jesus Christ, and the Church Administration that I will continue fully devoting myself to performing my duties as a ministerial worker in the Church.”