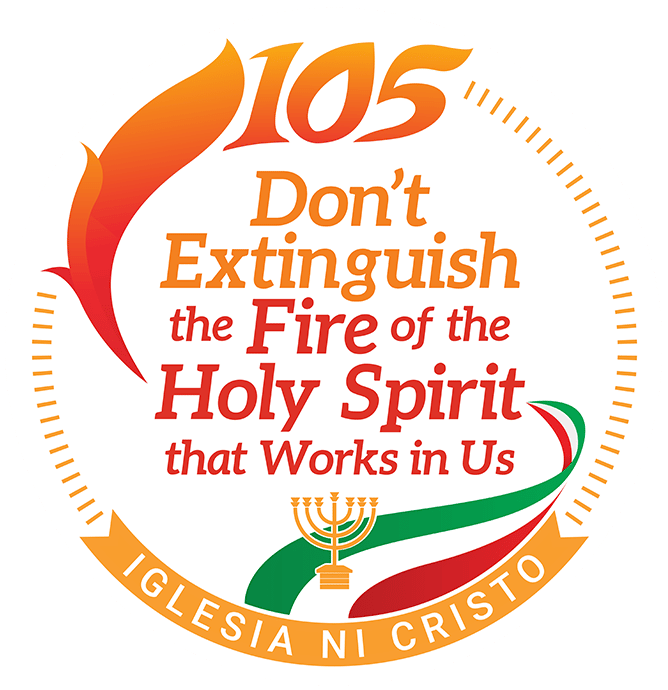 The Church Of Christ’s 25th year in Rome

By Bienvenido A. Santiago Jr.

A quarter of a century has passed since the Iglesia Ni Cristo (Church Of Christ) held its historic worship service in Rome, Italy on July 27, 1994. The gathering signaled the official return of the true Church in the city after the time of the apostles.

Two weeks before the said worship service, Brother Eraño G. Manalo, the previous Executive Minister, sent Brother Eduardo V. Manalo, who was then the Deputy Executive Minister, to undertake the preparatory steps to register the Church with the Italian government. The application for the registration and recognition of the Iglesia Ni Cristo was submitted to and accepted by the Tribunale Civile di Roma. On the day of the historic worship service, the Church’s official registration in Italy received its stamp of approval from the tribunale.

In the homily that he delivered on the said occasion, Brother Eraño Manalo stated the two very important objectives of his pastoral visit to the brethren in Rome. First, he had the same purpose that Apostle Paul had in going to Rome in the first century, that was, to edify the faith of the brethren and exhort them to continue upholding the true faith and upright living (Rom. 1:1, 6-8, 10-12). Second, to bring the Church’s work of propagation to the region so that many more would benefit from God’s promise to gather and bring people to the true Church Of Christ (Isa. 43:5-6; Eph. 2:20-22; Rom. 16:16). 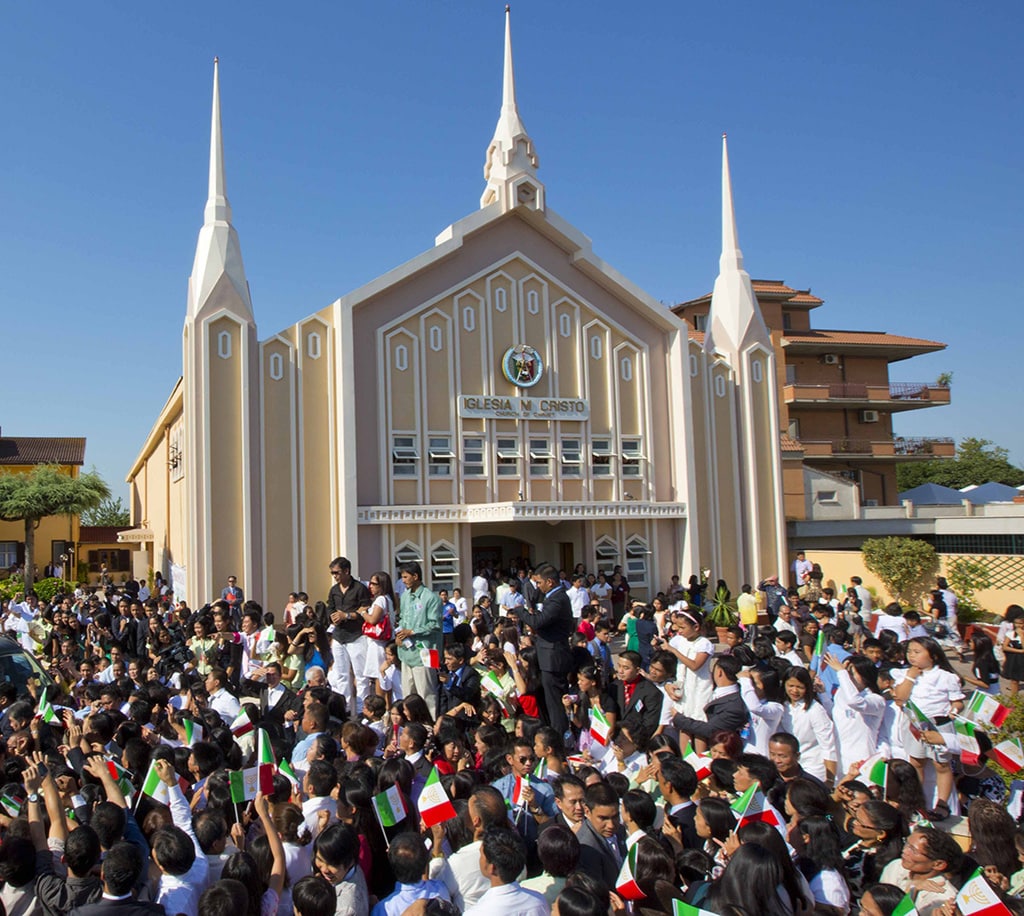 Citing Jeremiah 32:37-41, Brother Eraño Manalo reiterated to the brethren the promises God made to the people whom He gathered and elected to be His: He will be their God and they will be His people, He will never stop doing good things for them, and He will give them a single purpose in life: to honor Him for all time—for their own good and the good of their descendants.

Indeed, God has always been true to His promises to His chosen people in our time. Since the emergence of the Iglesia Ni Cristo in the Philippines in 1914—through the instrumentality of God’s Messenger in the last days, Brother Felix Y. Manalo—the Lord has been continuously blessing and doing good things to the entire Church. Because, as His people, members of the Church Of Christ have always been committed to honoring Him by obeying His commandments (II Pet. 2:9-10; Rom. 16:16; Acts 2:38-39; Isa. 43:5-6; 24:15).

God’s blessings to the Iglesia Ni Cristo have been very evident, especially at the present time. All the Church’s endeavors have reaped tremendous success since Brother Eduardo Manalo, the current Executive Minister of the Church Of Christ, all the more started intensifying the work of edification and propagation. 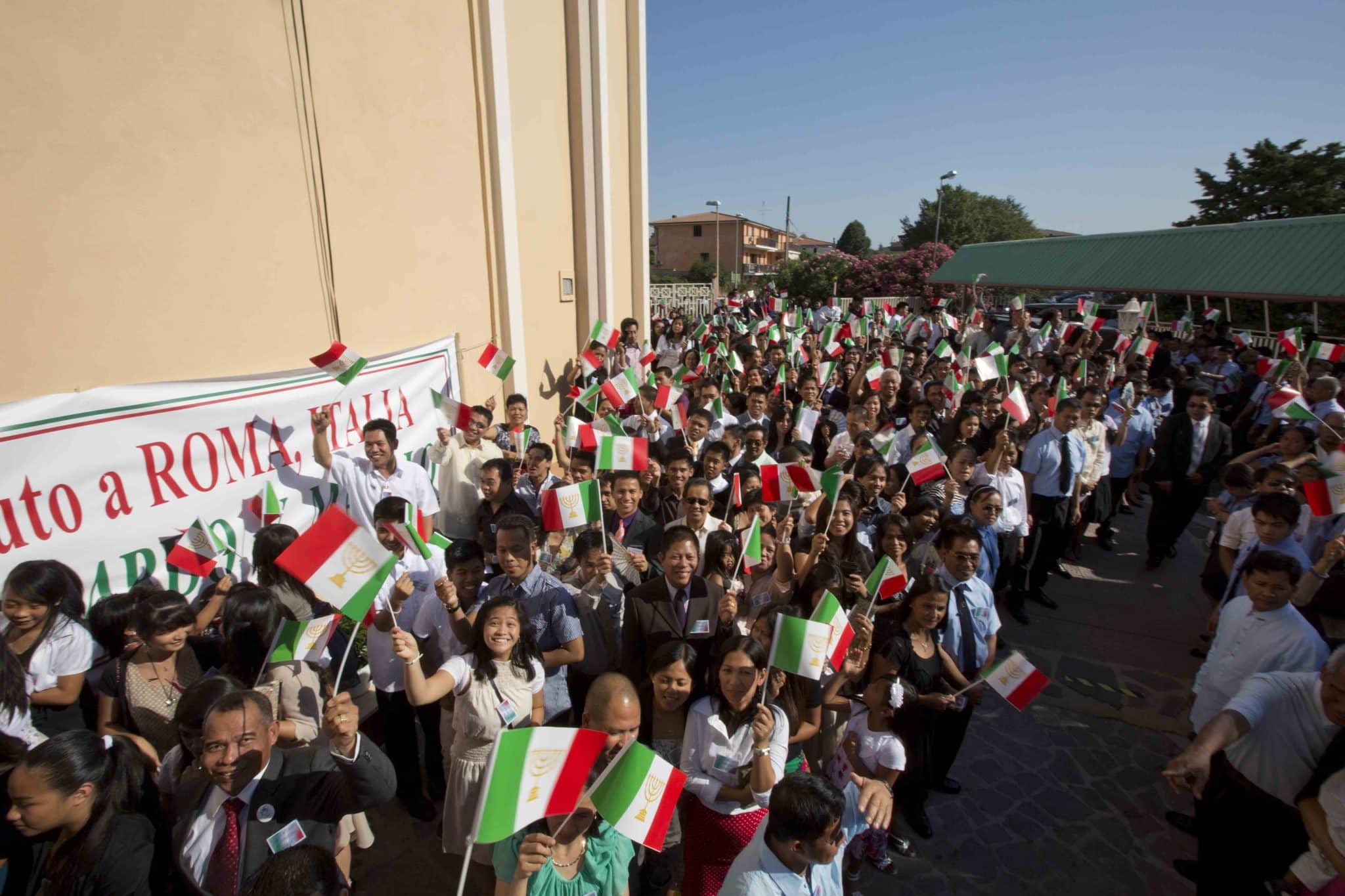 Hence, through the help and grace of God, the Iglesia Ni Cristo has already established numerous congregations in 152 countries and territories. Because of the Church’s intensified campaign to proclaim the true gospel, the number of members, congregations, and ecclesiastical districts has greatly multiplied. The same has been true with the number of ministers, ministerial workers, and Church officers. Moreover, Church members remain steadfast in their faith and fervent in their participation in all of the works of the Church.

Such progress of the Church’s mission is clearly noticeable not only in Rome but also in the rest of Italy. The number of the Church’s congregations there has now reached 33, and that number continues to grow because of the brethren’s fervent participation in the work of propagation. So fervent are they to share the true gospel with our fellowmen that, in 2017, no less than the current Pope of the Catholic Church was given copies of the Pasugo: God’s Message magazine.

Another tangible proof of the Church’s growth in the region is the establishment of the Rome Extension of the Church’s School For Ministers (SFM), where young male brethren who have heeded the call to enter the ministry receive fundamental training and education. 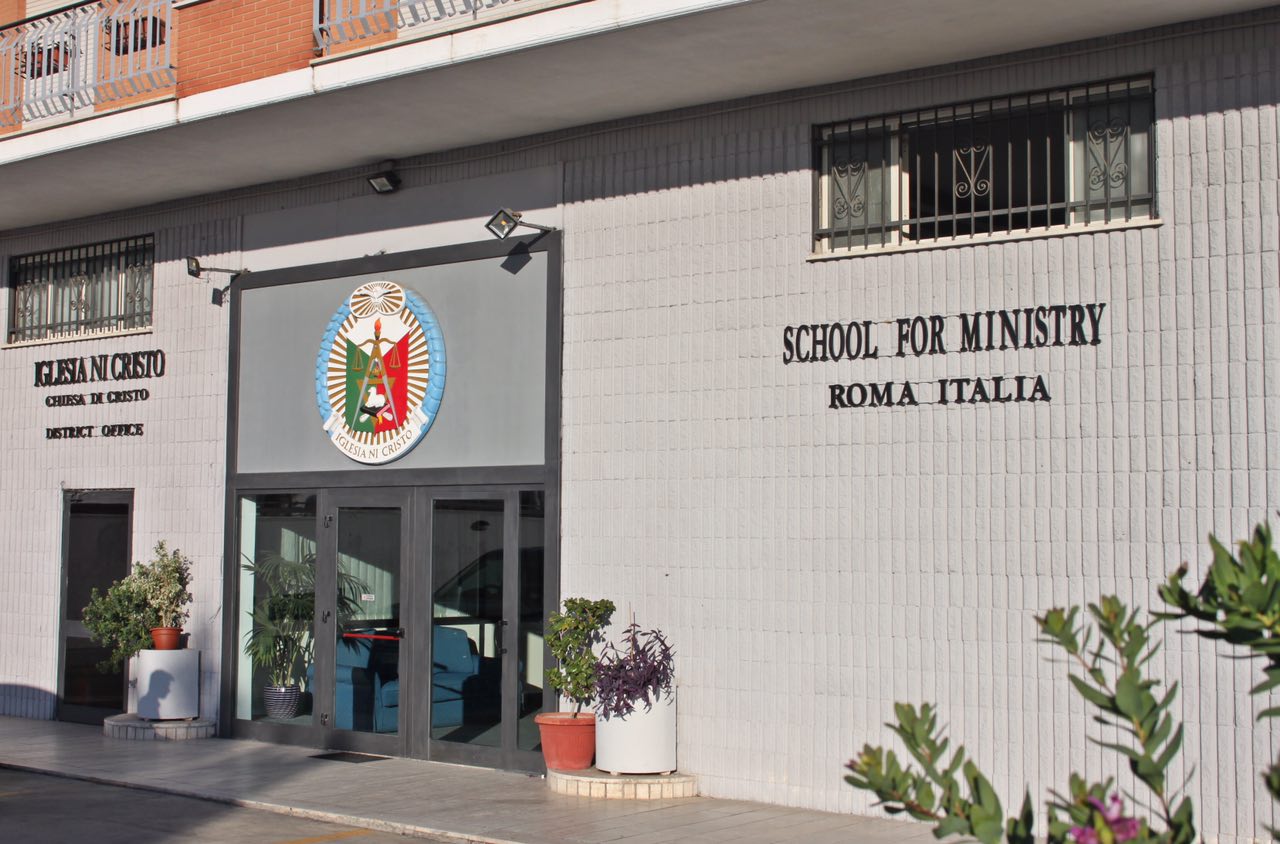 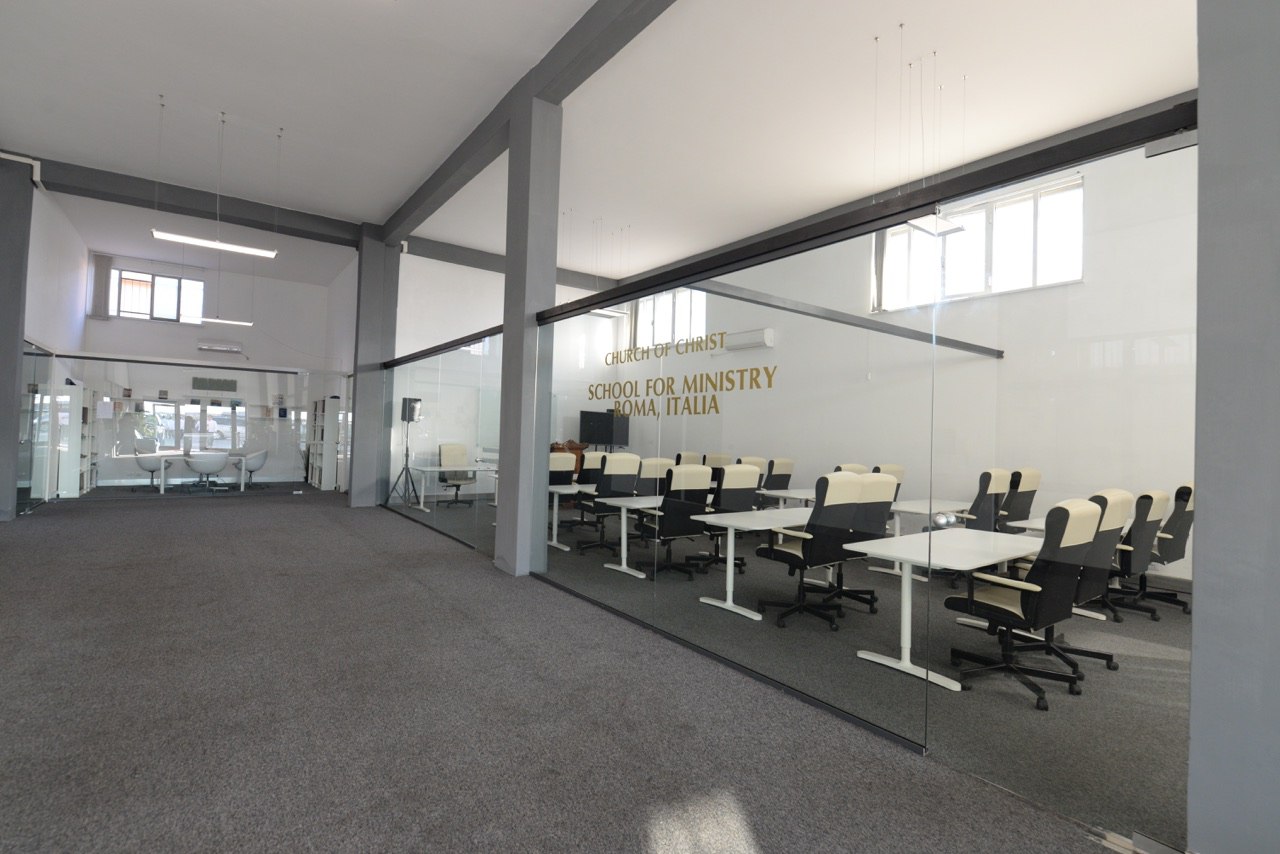 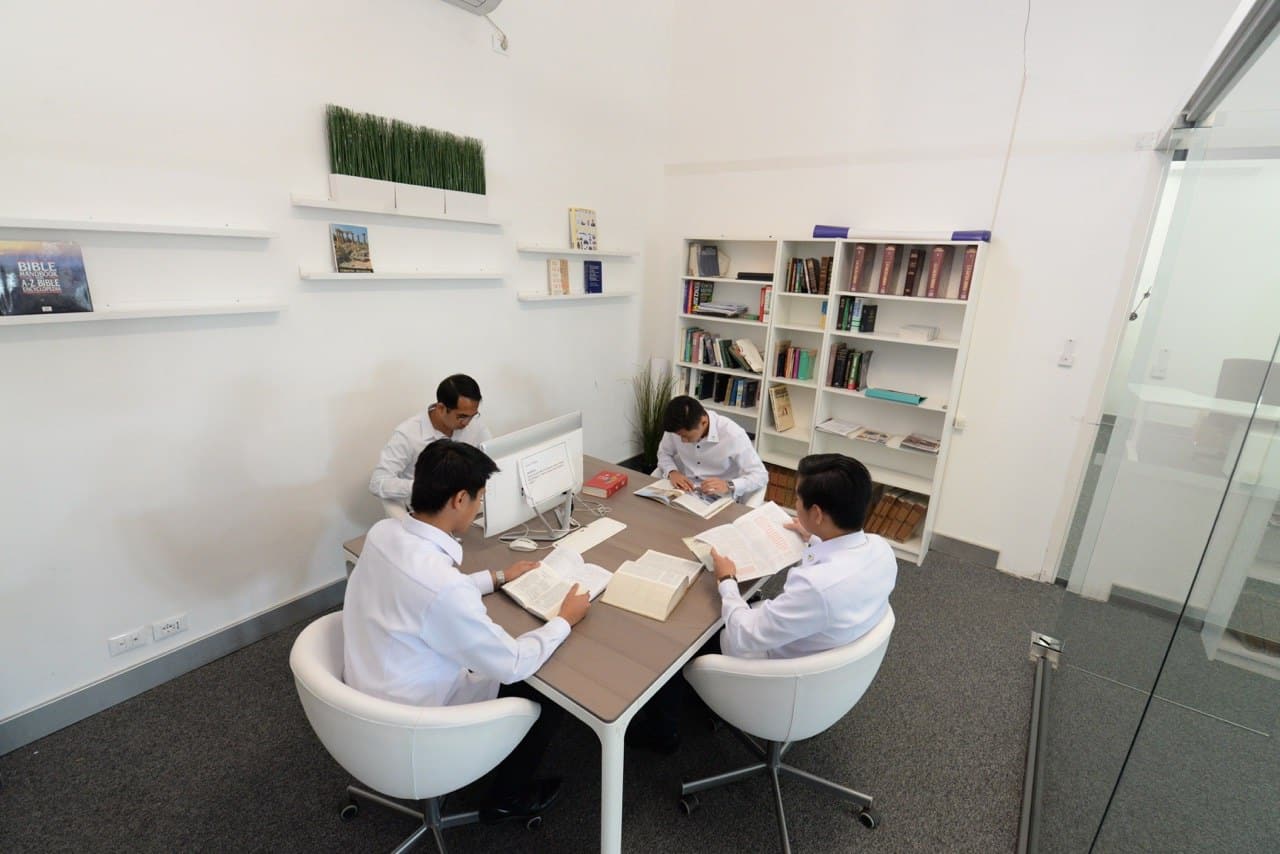 Throughout the years, the spiritual fervor of the brethren in Rome and in the rest of Italy has been manifested in their participation in various Church activities, such as the Iglesia Ni Cristo Worldwide Walk events, socio-civic activities, and projects of the Christian Family Organizations. This also proves the brethren’s unity in faith and their fellowship with Brother Eduardo Manalo, who—in his tenth year of dynamic and inspired leadership of the Church this year—continues to lead God’s nation to more triumphs and accomplishments, which signify and prove God’s handiwork. 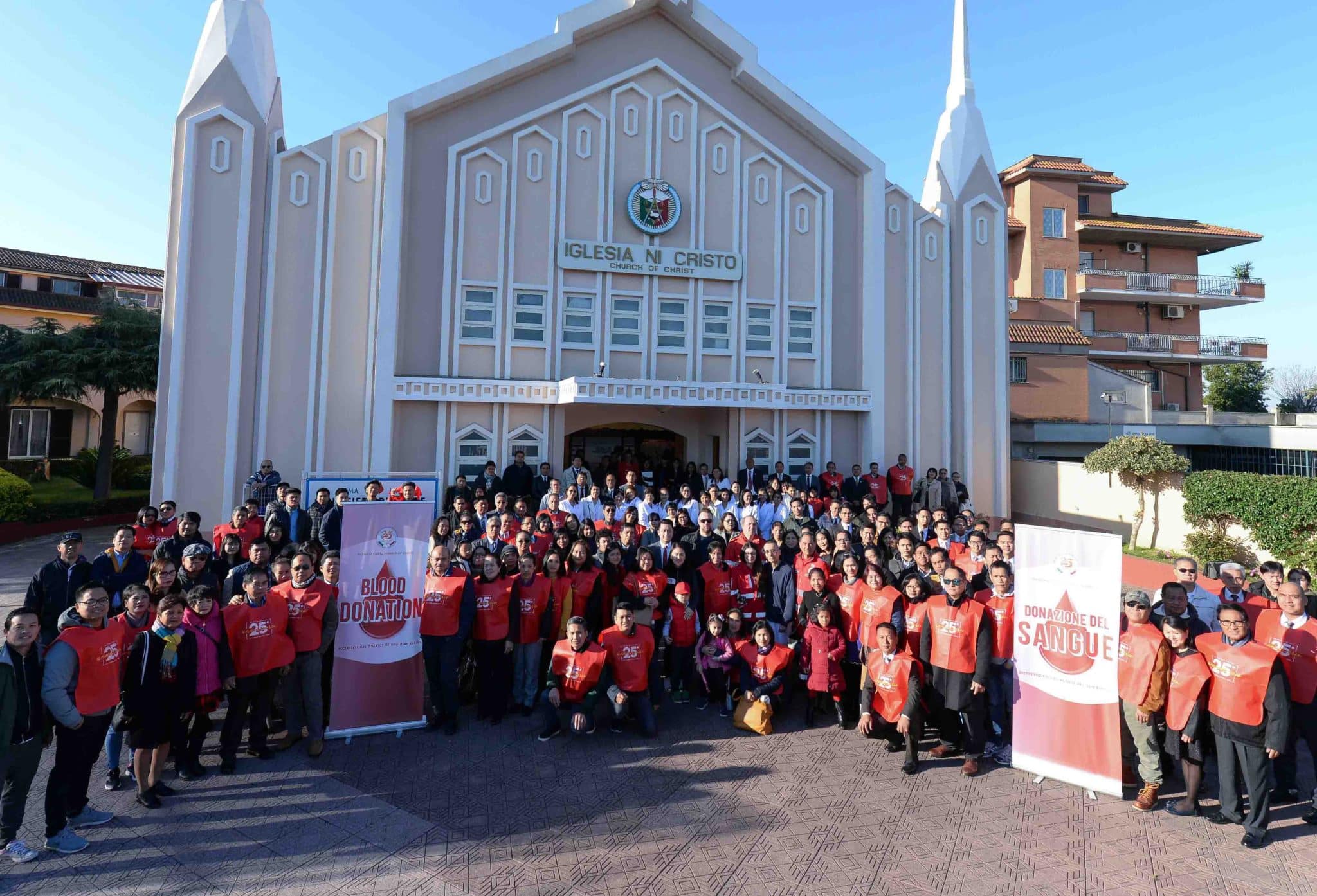 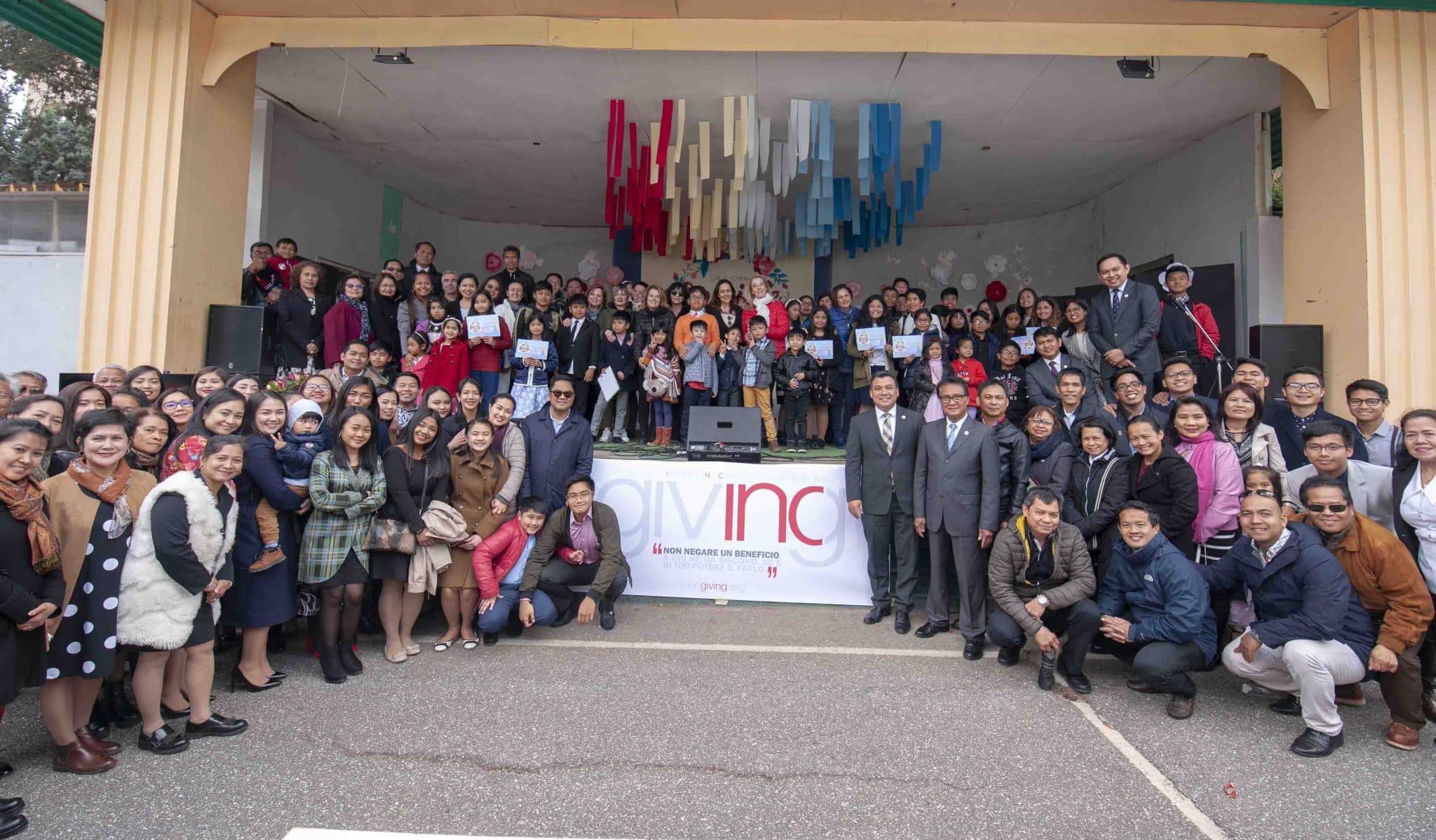 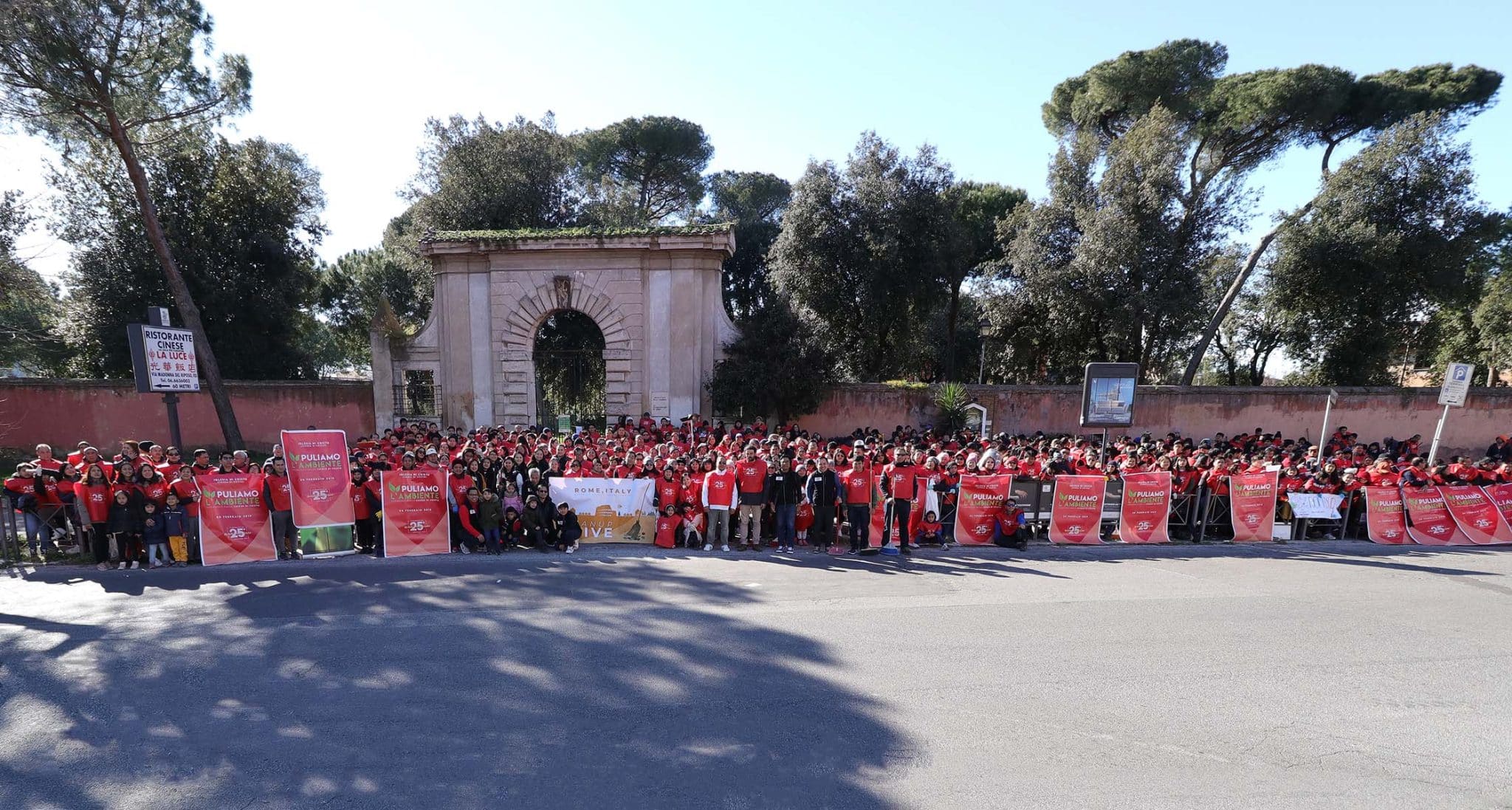 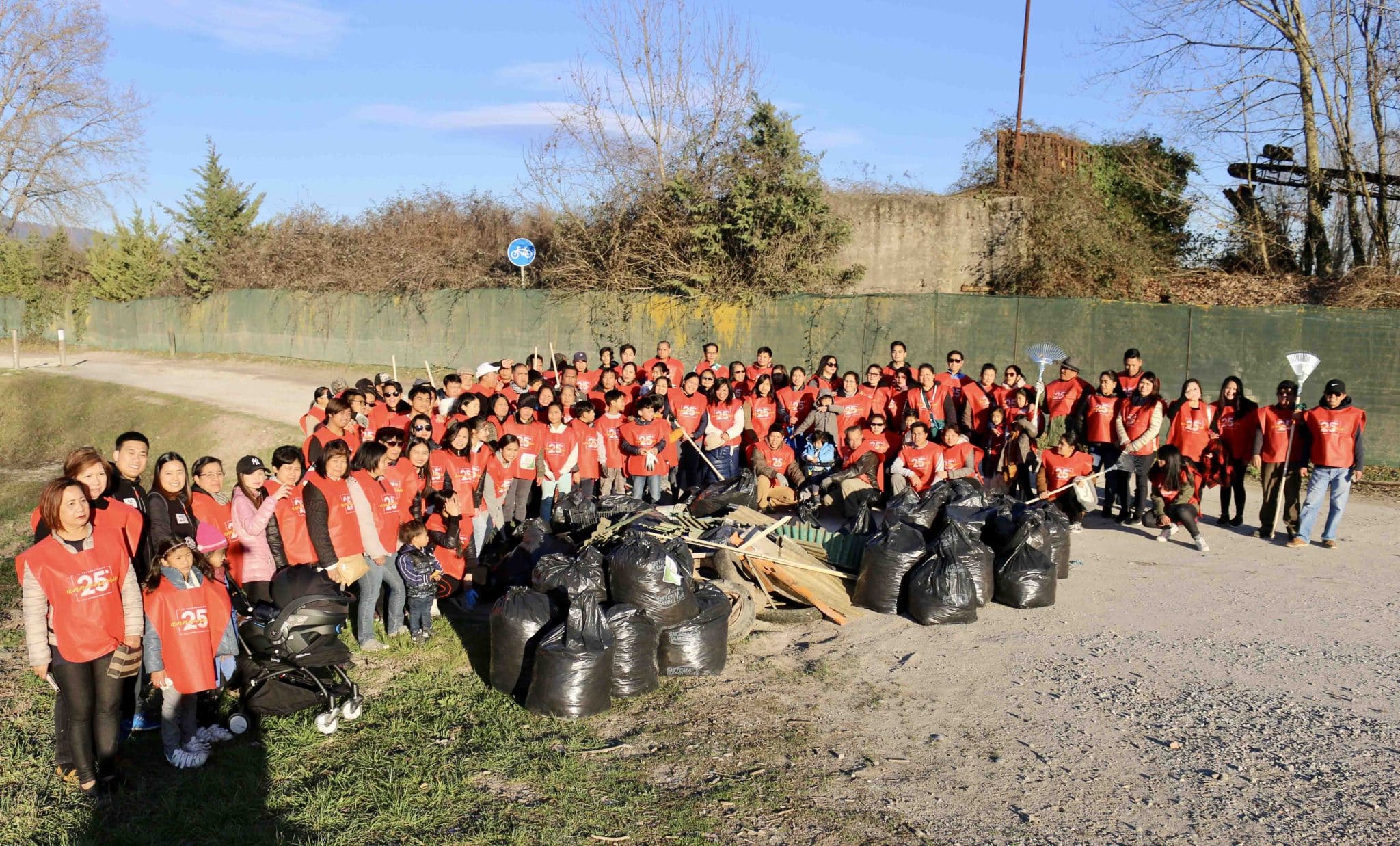 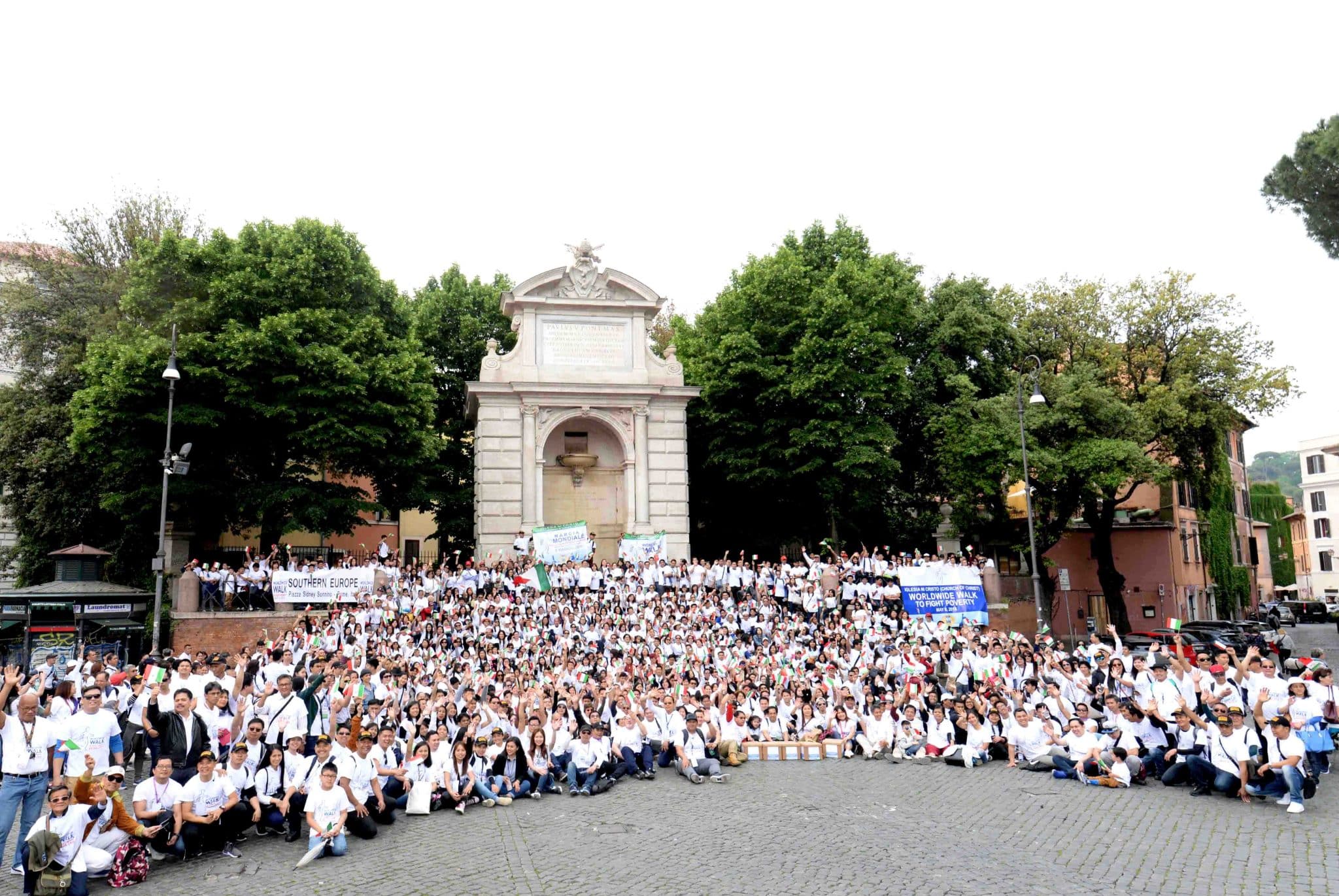 On the occasion of the Church’s commemoration of the 25th anniversary of its mission in Rome and its 105th year of its establishment in these last days, we, members of the Church Of Christ, praise and thank the Lord God for all the blessings and good things that He has done for us.