The value of God's messengers in serving Him

MANY PEOPLE HAVE the heart to serve the Lord God. They are willing to devote themselves and make sacrifices to render service to God. They associate themselves to preachers whom they believe can be instrumental to be connected to God.

But what kind of preacher should one listen to in order to learn the proper and worthy way of serving God?

How God accepts man’s service
Service to God should not be based on man-made teachings. The Lord God said:

“And in vain they worship Me, Teaching as doctrines the commandments of men.” (Matt. 15:9 New King James Version)

Teaching as doctrines the commandments of men is in vain or worthless in God’s sight.

The Bible further attests that worship, even if coupled with penance, will not benefit the doer, if it is based on the commandments of man. He says, thus:

“Such regulations indeed have an appearance of wisdom, with their self-imposed worship, their false humility and their harsh treatment of the body, but they lack any value in restraining sensual indulgence.

“These are all destined to perish with use, because they are based on human commands and teachings.” (Col. 2:23, 22 New International Version)

Such are those people today who hurt their bodies by carrying a life-sized wooden cross, wearing a crown of thorns, and even having themselves crucified. Because they are obeying the commandments of man in serving God, He will not deem their services worthy. 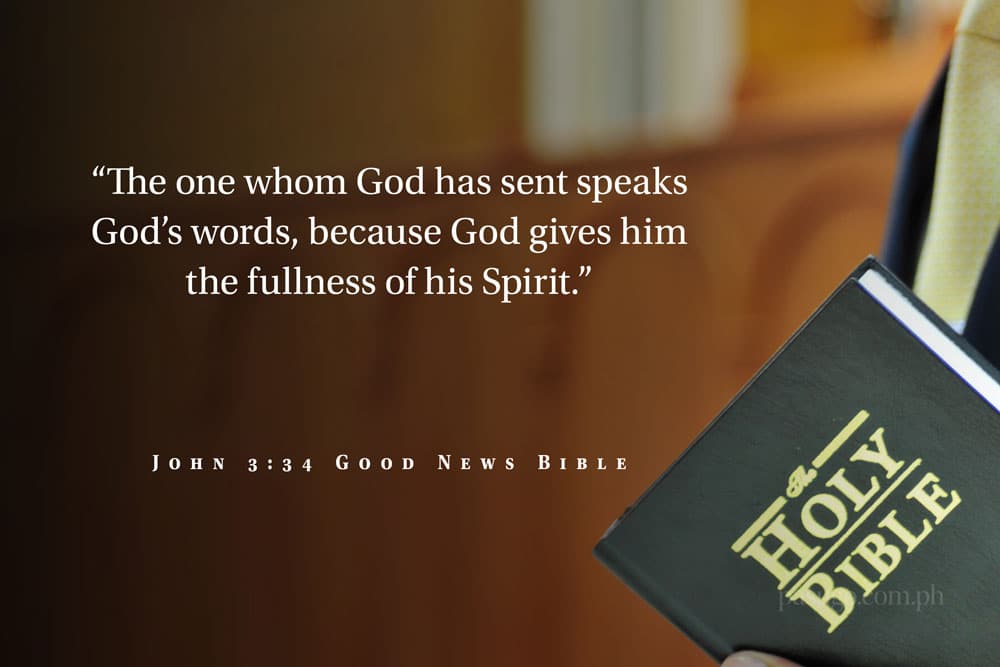 “Only fear the Lord, and serve Him in truth with all your heart; for consider what great things He has done for you.” (I Sam. 12:24 NKJV)

God’s words are the truth (II Sam. 7:28) through which man can be sanctified or made holy (John 17:17). God’s words should be man’s basis in his service to God, for him to be holy in God’s sight.

Who is the one appointed by God to speak His words to man? The Lord Jesus Christ says:

“The one whom God has sent speaks God’s words, because God gives him the fullness of his Spirit.” (John 3:34 Good News Bible)

The Lord Jesus Christ proved that the one whom God sent speaks God’s words. Hence, there should be a messenger to preach God’s words to man.

The need for the messenger
How can one receive the commands of God, which are the basis for serving Him? Through the ones He sent to preach—His messengers (Rom. 10:14-15). Why is there a need for a messenger for people to rightly serve the Lord God? Can people not directly serve God by praying to Him and by doing good things? Can they not establish on their own a relationship with God?

Who was an example who served God but his services were deemed worthless? This is recorded from the Bible:

“There was a certain man in Caesarea called Cornelius, a centurion of what was called the Italian Regiment,

“A devout man and one who feared God with all his household, who gave alms generously to the people, and prayed to God always.

“About the ninth hour of the day he saw clearly in a vision an angel of God coming in and saying to him, ‘Cornelius!’

One might think that Cornelius’ services would have been acceptable to God. But, despite Cornelius’ being pious and prayerful, his services were not readily accepted by God. 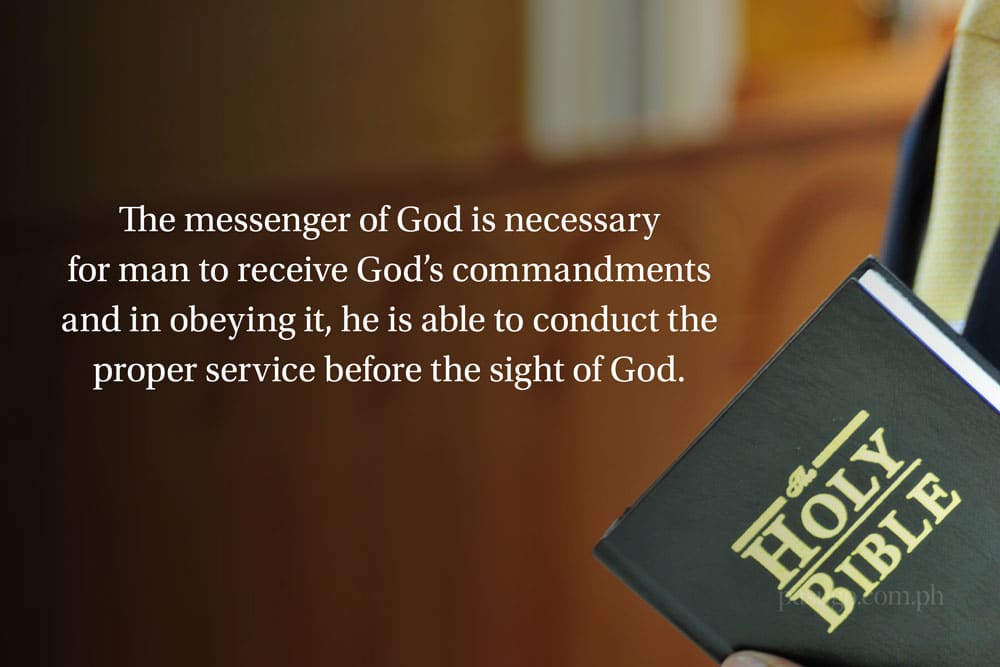 For his services to become worthy, he first had to consult with Apostle Peter, as commanded to him by God through an angel:

“Now send men to Joppa, and send for Simon whose surname is Peter.

“So I sent to you immediately, and you have done well to come. Now therefore, we are all present before God, to hear all the things commanded you by God.” (Acts 10:5, 33 NKJV)

Cornelius and his household needed Apostle Peter because they must hear the words of God from him. The reason is that he was one of the messengers of the Lord God:

The Lord Jesus Christ emphasized that the sending of the messenger is the work of God that man should believe in:

As Christ is the greatest Messenger of God, people should believe in Him and hear His teachings:

“And that He may send Jesus Christ, who was preached to you before,

“For Moses truly said to the fathers, ‘The Lord your God will raise up for you a Prophet like me from your brethren. Him you shall hear in all things, whatever He says to you’.” (Acts 3:20, 22 NKJV)

Christ speaks the commandments of God thus man should listen and believe in Him.

Hence, the messenger of God is necessary for man to receive God’s commandments and in obeying it, he is able to conduct the proper service before the sight of God. Man must seek out the true messenger of God and have fellowship with him and the fruit of his work. With such act can one be certain that all of his services to God will be deemed acceptable, in order for him to attain salvation on Judgment Day. 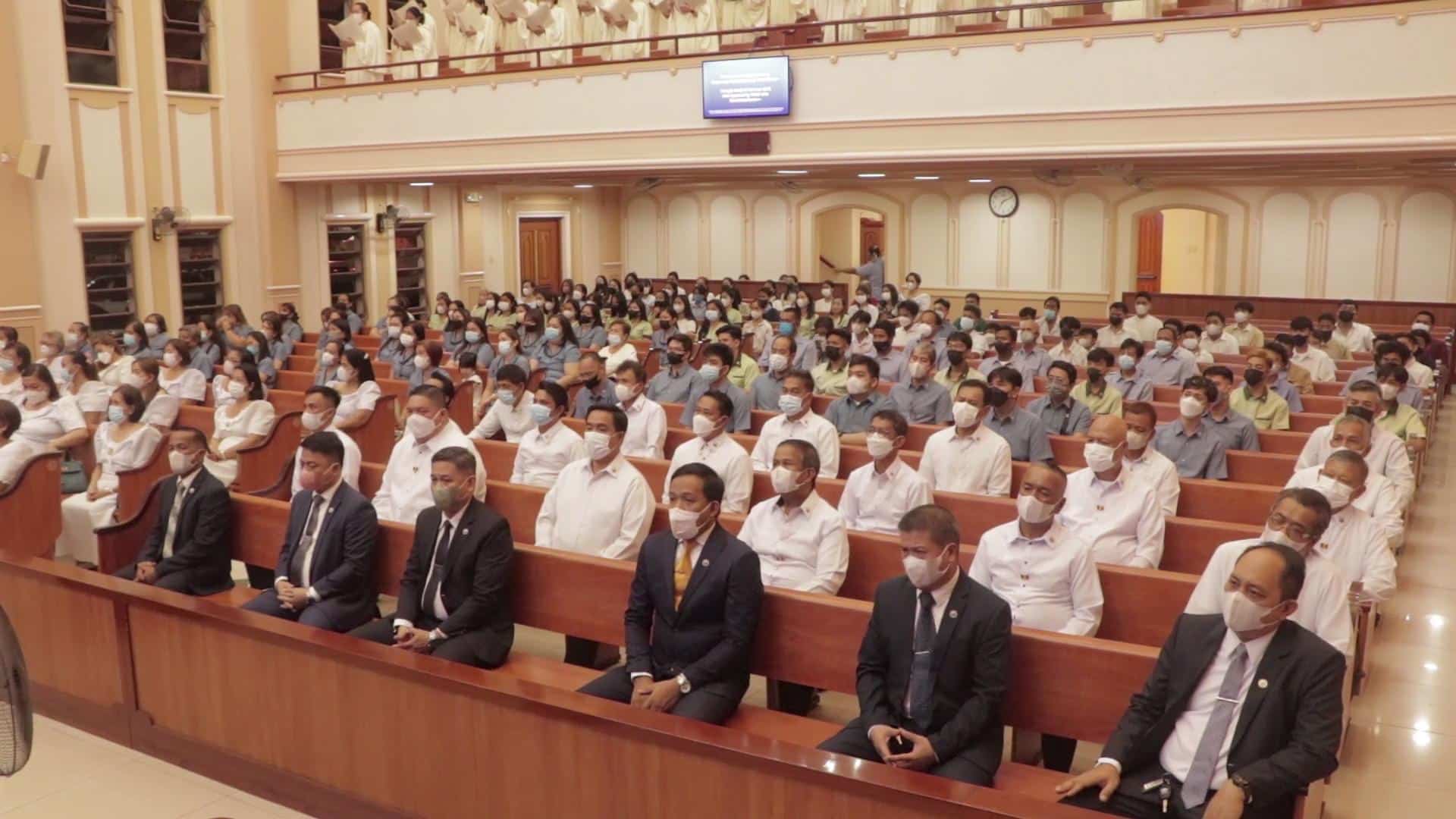