Why the Church Of Christ engages in humanitarian works

IT IS A KNOWN FACT that the Iglesia Ni Cristo (Church Of Christ), being a religious organization, engages in humanitarian works. In recent years, the Church has been gaining attention for such socio-civic activities as the Worldwide Walk, Aid for Humanity, and My Countrymen, My Brethren, which were participated in by its members around the world and benefited people from different nationalities and all walks of life.

Among the many who have taken notice of the Church’s humanitarian works are leaders of governments in various countries and preachers of other religions, a number of whom have eventually joined the Church. Still, many are curious—some even dubious—about why and how the Church is able to mount such socio-civic initiatives with such consistency, magnitude, and impact.

Why we do it
The main reason the Iglesia Ni Cristo addresses social concerns is to obey God’s commandment to “love others as much as you love yourself,” which, as the Lord Jesus Christ taught, is the second most important commandment, the first being to love God with all our heart, soul, mind, and strength (Mark 12:28-30 Contemporary English Version).

Expressing love for fellowmen is not by mere words but by sincere actions. Christians are exhorted to do good to all, be ready to give, and willing to share with others (Gal. 6:10; I Tim. 6:18). Thus, for the Iglesia Ni Cristo, helping others is not merely a social responsibility but a Christian duty and an obligation to our Lord God who created us all and called us to serve Him. We give aid to humanity in the service of God.

Even in ancient times, God has given this command:

“There will always be poor people in the land, so I command you to give freely [open your hand] to your neighbors [or relatives; or countrymen; brothers] and to the poor and needy in your land” (Deut. 15:11 Expanded Bible).

God’s pronouncement that there will always be poor people proves truer in our time, when hardship and poverty are made worse by calamities and disasters that occur in an unusually alarming magnitude and frightening rate. It behooves us, then, to follow God’s command that we give freely and open our hands not just to our brethren but even to neighbors, countrymen, and all others who are poor and needy.

How we do it
Individually, Church members can do acts of kindness to their fellowmen in various meaningful ways. But it is when the Church acts collectively that it is able to help more people and make a bigger difference to a greater majority. Hence, the apostles instructed the Christians that all of them “be of one mind, having compassion for one another; love as brothers, be tenderhearted, be courteous” (I Pet. 3:8 New King James Version).

Indeed, there is strength in unity—much can be achieved when two or more act as one (Eccles. 4:9, 12). So, in the time of the apostles, Church members united to help those who suffered food shortage because of a great famine that occurred:

“Then one of them, named Agabus, stood up and showed by the Spirit that there was going to be a great famine throughout all the world, which also happened in the days of Claudius Caesar. Then the disciples, each according to his ability, determined to send relief to the brethren dwelling in Judea. This they also did, and sent it to the elders by the hands of Barnabas and Saul.” (Acts 11:28-30 NKJV)

Such unity in action to help the needy is also being carried out by the Church Of Christ in these last days. From the voluntary contributions of the brethren, the Church is able to give aid to victims of calamity, disasters, and others in dire need. This has been done since the Church’s earlier years under the leadership of Brother Felix Y. Manalo, its first Executive Minister. Medical missions were put up by volunteer members in the medical profession. This carried on even after World War II and served as a precursor to the establishment of what is now known as the Felix Y. Manalo Foundation.

When the mantle of leadership was passed on to Brother Eraño G. Manalo, he instituted the Lingap sa Mamamayan (Aid for Humanity). Under his administration, resettlement and livelihood projects were initiated, providing shelter and jobs to victims of religious persecution, volcanic eruption, flashfloods, and other calamities. Through the leadership of the current Executive Minister, Brother Eduardo V. Manalo, the Church has intensified and broadened its humanitarian projects to reach out and help a vast number of people not just in the Philippines but also in other countries. Aside from providing immediate assistance, the Church also has long-term livelihood and resettlement projects that seek to aid those in need, be they Church members or not.

Whom to help
Some critics wonder why the Iglesia Ni Cristo goes out of its way to help people in other countries. “Why not just concentrate on helping your members, especially in the Philippines, where many are poor and needy?” they would say.

While it is true that majority of Church Of Christ members are not rich in material possessions, it has not been and should never be a deterrent for them to fulfill God’s commands, one of which is to give and to share. This was proven even before by the first-century Church members in Macedonia, who were able to offer much more than they could afford for the works of the Lord because they have given themselves to God and to the Church Administration (II Cor. 8:1-3).

God’s teaching, “Whenever you possibly can, do good to those who need it” (Prov. 3:27 GNB) shows that at every opportunity we have, we should do good to anyone who needs it. Thus, when His critics asked who their neighbor is that they should love, our Lord Jesus Christ responded by telling a parable teaching that one should make himself a neighbor by acting mercifully even to a total stranger in urgent need of help:

“Now look! a man versed in the Law stood up to test him and said: ‘Teacher, what do I need to do to inherit everlasting life?’ He said to him: ‘What is written in the Law? How do you read?’ In answer he said: ‘”You must love Jehovah your God with your whole heart and with your whole soul and with your whole strength and with your whole mind” and “your neighbor as yourself.”’ He said to him: ‘You answered correctly; keep doing this and you will get life.’ But wanting to prove himself righteous, the man said to Jesus: ‘Who really is my neighbor?’ In reply Jesus said: ‘A man was going down from Jerusalem to Jerʹi·cho and fell victim to robbers, who stripped him, beat him, and went off, leaving him half-dead. Now by coincidence a priest was going down on that road, but when he saw him, he passed by on the opposite side. Likewise, a Levite, when he came to the place and saw him, passed by on the opposite side. But a certain Sa·marʹi·tan traveling the road came upon him, and at seeing him, he was moved with pity. So he approached him and bandaged his wounds, pouring oil and wine on them. Then he mounted him on his own animal and brought him to an inn and took care of him. The next day he took out two de·narʹi·i, gave them to the innkeeper, and said: “Take care of him, and whatever you spend besides this, I will repay you when I return.” ‘Who of these three seems to you to have made himself neighbor to the man who fell victim to the robbers?’ He said: ‘The one who acted mercifully toward him.’ Jesus then said to him: ‘Go and do the same yourself.’” (Luke 10:25-37 New World Translation 2019)

Christ’s use of characters in this parable—a Samaritan helping a Jew—shows that differences in race or culture or beliefs should not be a hindrance for one to act mercifully to his fellow human beings by giving them help especially when needed most. Moreover, Christ’s parable demonstrates the extent of the help given by one who truly cares for his fellowman—he provided immediate response and rescue, medical and health assistance, and even shelter and food to a victim of a tragic event, for his recovery.

And so, to obey the Lord’s instruction to “Go and do the same yourself,” the Church Of Christ today, through the unity of its members and by the grace of God, goes on to give aid to humanity, even as far as building eco-farms and other livelihood facilities, housing projects, and resettlement sites, not only in the Philippines where it was registered in 1914 but also in countries in Africa and all across the Pacific.

The greatest help we want to give
More than giving material help to others, the greatest good that the Iglesia Ni Cristo yearns to impart to their fellowmen is the gift of salvation. This, too, is according to God’s will: “And you must show mercy to those whose faith is wavering. Rescue others by snatching them from the flames of judgment. Show mercy to still others, but do so with great caution, hating the sins that contaminate their lives.” (Jude 1:23 New Living Translation)

This is the reason a salient part of the Church’s humanitarian activities is the sharing of God’s message through Bible studies. The faithful are not shy to proclaim the message of salvation to the people they help out with their daily lives, in the hope that they will also make the right choice and receive salvation on the nearing Judgment Day. 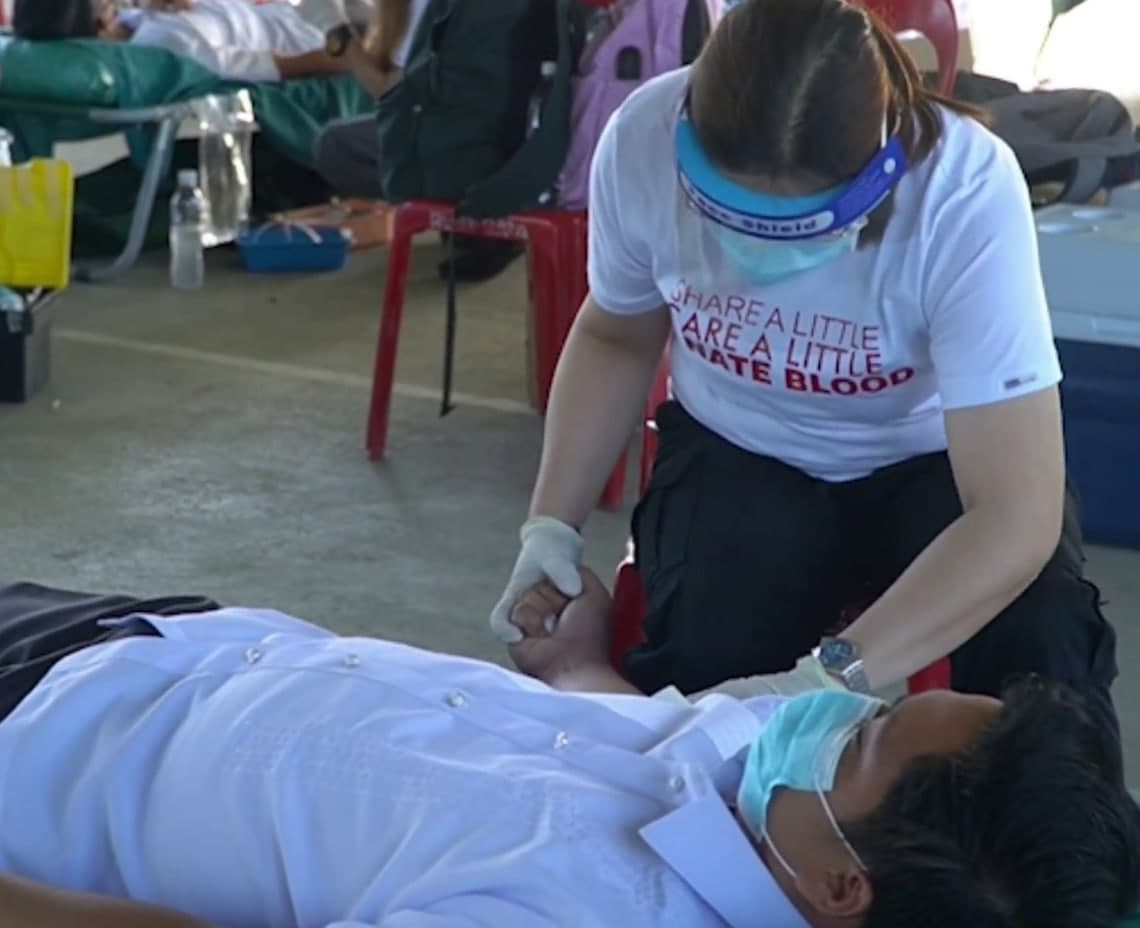 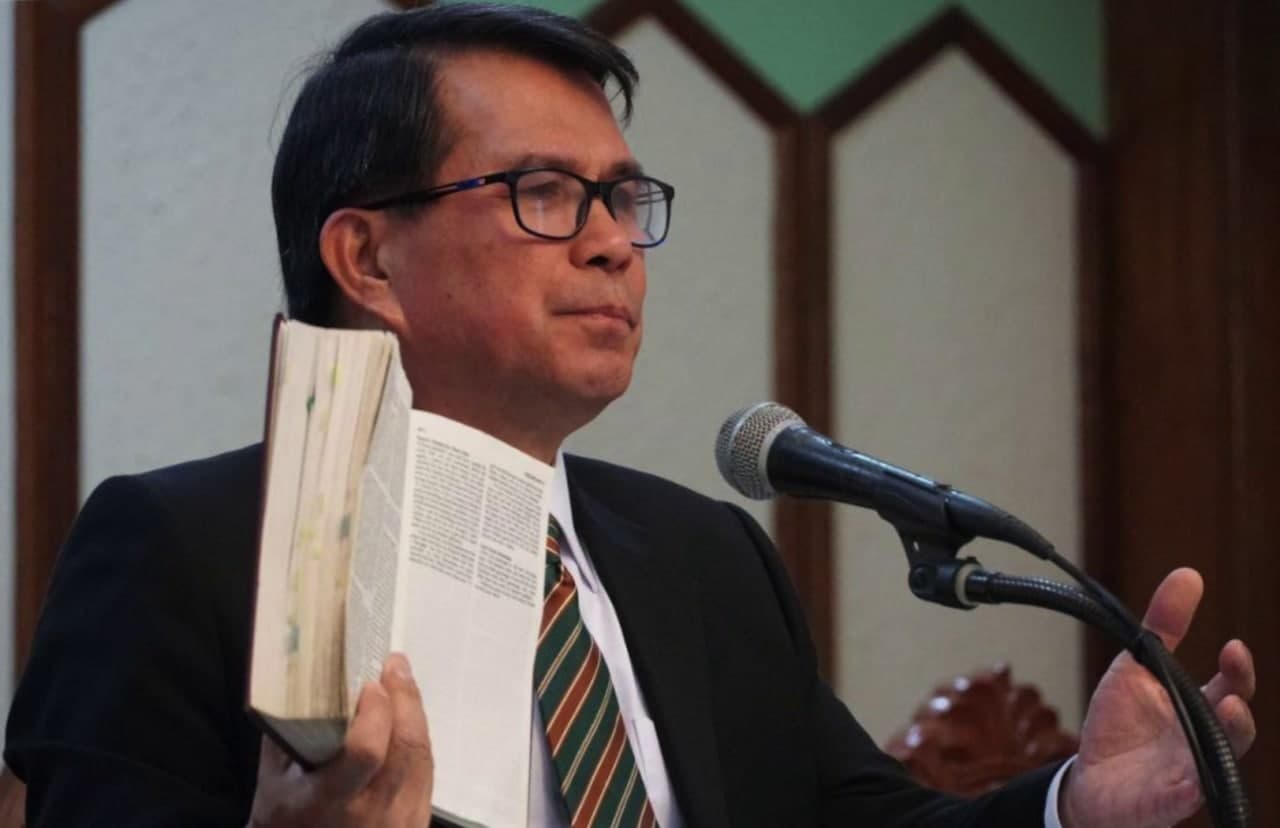