Background checks are commonly done when entering a joint venture. What more if you intend to marry a person and enter into a lifetime commitment.

“DON’T TALK TO STRANGERS,” our parents used to tell us when we were just kids. “Don’t accept anything from just anyone,” we were warned. Indeed, these are wise reminders that ought to be considered even by grown-ups. Not a few have regretted dealing with people they hardly knew. They placed their trust in them only to be blindsided by the deceitfulness and dishonesty of these people, thus, finding themselves in an awkward and sometimes dangerous situation. They have fallen victims to unscrupulous people for not being wary or for simply being gullible.

If you want to avoid a stab in the back, make sure to know more about the person you’re dealing with or even just befriending before placing your confidence in him. Background checks are commonly done when entering a joint venture because it is a wise thing to do before transacting with a prospective business partner. What more if you intend to marry a person and enter into a lifetime commitment.

Beware of red flags
Getting married, after having tied the knot in a solemn wedding ceremony, means living with the person day in, day out—the two of you complementing each other’s strengths and weaknesses and keeping each other happy and fulfilled till death do you part. This is no small feat. Hence, looking into the personal history of your future spouse could prevent you from making a decision you will later regret. With the family playing a huge part in the molding of a person’s behavior and attitude, it then becomes imperative for us to know what kind of values and religious belief our would-be partner in life has, especially for us members of the Church Of Christ, since such will greatly affect our relationship with God.

Many have paid dearly for ignoring sure signs of trouble—the palpable red flags, so to speak—falsely believing that the person would change. Yes, there are exceptions, but you’ll never know. Thus, some end up sacrificing even their most cherished membership in the Church. Let us learn from some great people of old who have committed such a mistake despite their intelligence and power. Didn’t the wise King Solomon commit a grave sin against God for marrying unbelievers (Neh. 13:26-27)? His marriage with them caused him to turn away from God and worship other gods. God was so angry at Solomon that He decided to take away the kingdom from him (I Kings 11:1-2, 4, 9-11). The mighty and powerful Samson fell into the hands of his enemies because of his wife Delilah’s doing (Judg. 16:15-21). Even the old world was destroyed with a great flood because of the intermarriage of the children of God with the children of the world, an act forbidden by God (Gen. 6:1-2, 5, 7).

A rare find
A good spouse is indeed a rare find. One must seek God’s guidance because “a good wife is a gift from the LORD” (Prov. 19:14 Easy-to-Read Version) and so is a good husband. And since it is God Himself Who instituted marriage (Gen. 2:18, 21–24; Matt. 19:4–6), as His children, let us choose whom to wed according to His policy. We are reminded:

“Do not unite in marriage with unbelievers, for what fellowship has righteousness with iniquity? Or what mingling has light with darkness?” (II Cor. 6:14 Lamsa Translation)

The first thing to consider in looking for a partner in life is his or her faith. God’s people, like the members of the Church Of Christ today, shouldn’t court someone nor entertain suitors of a different faith. This has been God’s policy since the beginning:

“… You shall make no covenant with them nor show mercy to them. Nor shall you make marriages with them. You shall not give your daughter to their son, nor take their daughter for your son. For they will turn your sons away from following Me, to serve other gods; so the anger of the LORD will be aroused against you and destroy you suddenly.” (Deut. 7:2–4 New King James Version, emphasis ours) 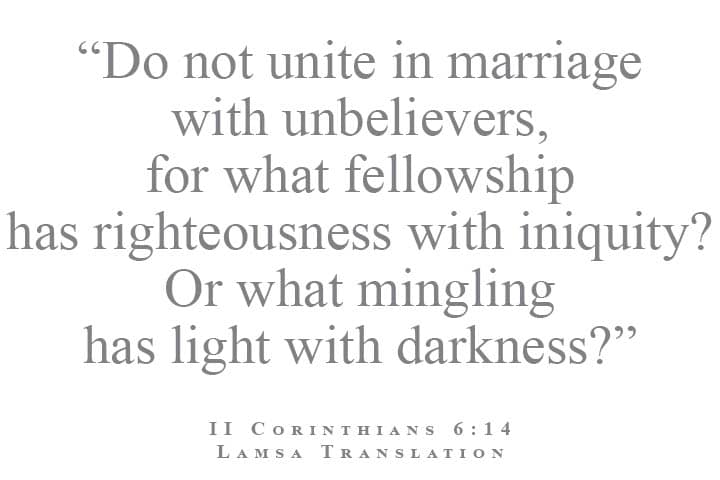 Marriage with unbelievers is no small sin (Neh. 13:27, 26). If a member of the Church Of Christ chooses to love someone outside God’s nation, then he is in effect doing away with the love that He has given him:

“Do not love the world or the things in the world. If anyone loves the world, the love of the Father is not in him.”
(I John 2:15 NKJV)

Not a new thing
God does not want any of His children to intermarry with those not belonging to His nation. Indeed, this is not a new thing. It is a doctrine that traces its roots in the history of God’s people from ancient times. In fact, when Abraham commanded his servant to look for a worthy wife for Isaac, his instruction was very clear:

“I want you to make a vow in the name of the LORD, the God of heaven and earth, that you will not choose a wife for my son from the people here in Canaan. You must go back to the country where I was born and get a wife for my son Isaac from among my relatives.” (Gen. 24:3–4 Good News Bible)

Biblical account tells us that the servant did exactly what Abraham instructed him to do and found Rebecca, a direct descendant of Nahor, Abraham’s brother. The servant made certain that she was the one for Isaac by checking her family background. All this he was able to do with God’s guidance (Gen. 24:11–16 GNB).

Keeping each other happy and fulfilled through many years of togetherness is a lot more difficult than most newlyweds could imagine. Stormy days will come and a married couple will have to deal with this together. Often do we hear people say that love should reign supreme. But if you fall in love blindly, you are putting yourself at risk. So, before you commit yourself to saying “I do,” it is wise to pause a while and check out your mate to be. 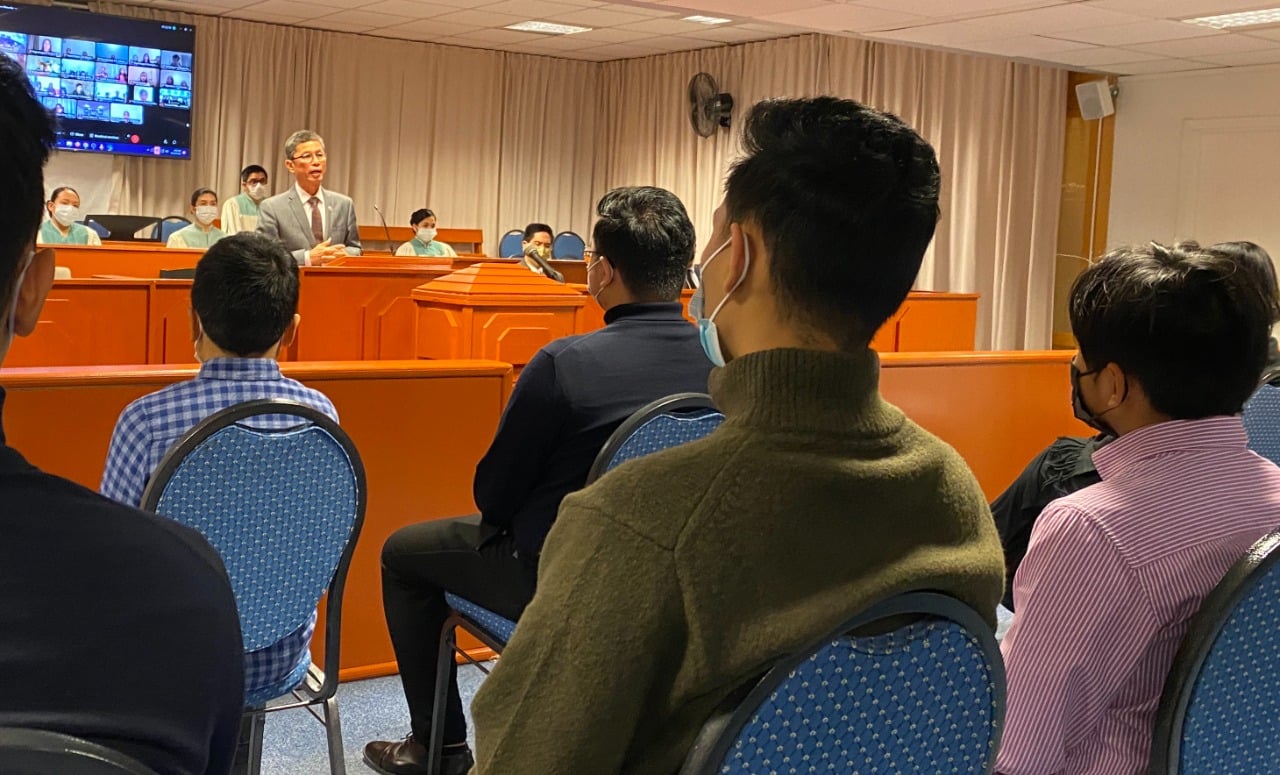