Thanksgiving to God:
a vow we will never break

Church Of Christ members continue to give thanks to God despite everything that they encounter in life, for it is their vow or solemn promise which honors Him.

CONFLICTS BETWEEN nations, volcanic eruptions, violent earthquakes, wildfires, and destructive storms are but some of the events that devastated many lives this year. What made things worse is the global health crisis that caused infections to tens of millions of people and death to more than a million. Further aggravating the situation, the pandemic brought about the downward trend in the economies of many nations—not sparing even the wealthiest countries—which caused a spike in hunger and poverty rates worldwide. In the midst of these, many people have become disheartened, with some even resorting to suicide, thinking it was the best measure to end their miseries.

The servants of God—because they still sojourn in this world—also experience problems and difficulties. In one of his letters, Apostle Paul said:

“After we came to Macedonia, we didn’t have any chance to rest. We were faced with all kinds of problems. We were troubled by enemies and troubled by fears.” (II Cor. 7:5 Contemporary English Version)

Indeed, like the early Christians, members of the Iglesia Ni Cristo (Church Of Christ) today endure troubles and hardships in this life. But through the help of God, they are able to overcome them. They never weaken in the midst of trials. Instead, they gladly face these, for they firmly believe that through trials, they prove that their faith is genuine (I Pet. 1:6-7 Good News Bible).  As the trials they face get heavier, they cling to God all the more—and from Him, they receive the strength and the protection that they need.

Church Of Christ members continue to give thanks to God despite everything that they encounter in life. They do this for, like the early servants of God, it is their vow or solemn promise which honors Him:

“Offer to God thanksgiving, And pay your vows to the Most High.” (Ps. 50:14 New King James Version)

“Giving thanks is the sacrifice that honors me, and I will surely save all who obey me.” (Ps. 50:23 Good News Bible)

Also, being true servants of God, Church Of Christ members understand that one of the important parts of the vow to God that they must fulfill is the giving of thank-offerings. The Bible teaches, thus:

“So bring your thank offerings {to share with the other worshipers} and come to be with God. You made promises to God Most High, so give him the things you promised.” (Ps. 50:14 Easy-to-Read Version 2001)

Even during the time of the apostles, Church Of Christ members dedicatedly fulfill this part of their vow to God, regardless of the severity of the trials they face. A good example of dedication is like what the brethren in Macedonia did. Concerning this, Apostle Paul testified:

“Now, friends, I want to report on the surprising and generous ways in which God is working in the churches in Macedonia province.  Fierce troubles came down on the people of those churches, pushing them to the very limit. The trial exposed their true colors: They were incredibly happy, though desperately poor. The pressure triggered something totally unexpected: an outpouring of pure and generous gifts.  I was there and saw it for myself. They gave offerings of whatever they could—far more than they could afford!” (II Cor. 8:1-3 The Message)

Similarly, despite the effects in the economy brought by the current global health crisis, Church Of Christ members make sure that they are not hindered from giving their thank-offerings, in fulfillment of their vow to God. 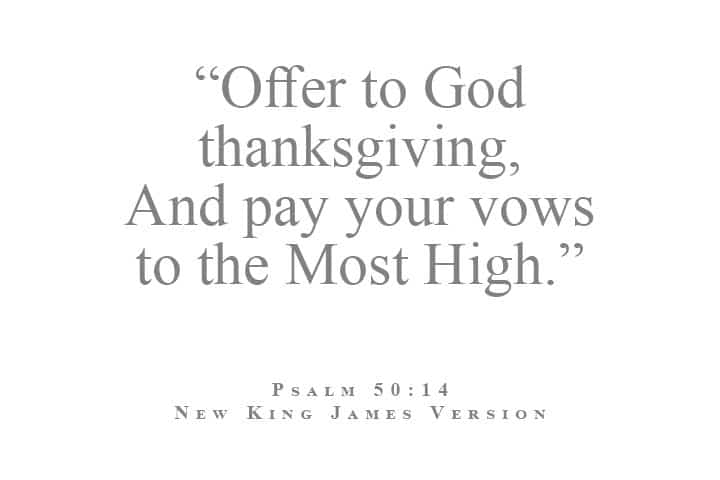 Church Of Christ members recognize that, however difficult the situation they find themselves in, the truth remains that they belong to Christ. They realize that their being among the people who belong to Christ is truly a great privilege, for what awaits them is an inheritance greater than any other. For that reason, they never fail to give thanks to God:

“… giving thanks to the Father who has qualified us to be partakers of the inheritance of the saints in the light. He has delivered us from the power of darkness and conveyed us into the kingdom of the Son of His love, in whom we have redemption through His blood, the forgiveness of sins.” (Col. 1:12-14 NKJV)

Members of the Church Of Christ are the ones redeemed with the precious blood of Christ (Acts 20:28 Lamsa Translation). Because of this redemption, they received the right to serve the Lord God (Heb. 9:14) and offer Him true worship (Rom. 12:1). And, they will receive God’s promised inheritance in the kingdom of heaven (Matt. 25:31-34).

With this certainty of belonging to Christ and being God’s people in these last days, Church Of Christ members uphold the same conviction as that of the early people of God:

“I will praise the Lord no matter what happens. I will constantly speak of his glories and grace. I will boast of all his kindness to me. Let all who are discouraged take heart.” (Ps. 34:1-2 Living Bible)

This year that is about to end may have brought untold hardships, problems, and troubles along the way but for God’s people, these will never hinder them from giving thanks to Him. In truth, they were able to surmount all these because of His help and protection. That is why they have the firm conviction that in the years ahead, God will again sufficiently provide for them His chosen ones:

“Be anxious for nothing, but in everything by prayer and supplication, with thanksgiving, let your requests be made known to God; and the peace of God, which surpasses all understanding, will guard your hearts and minds through Christ Jesus. … And my God shall supply all your need according to His riches in glory by Christ Jesus.” (Phil. 4:6-7, 19 NKJV) 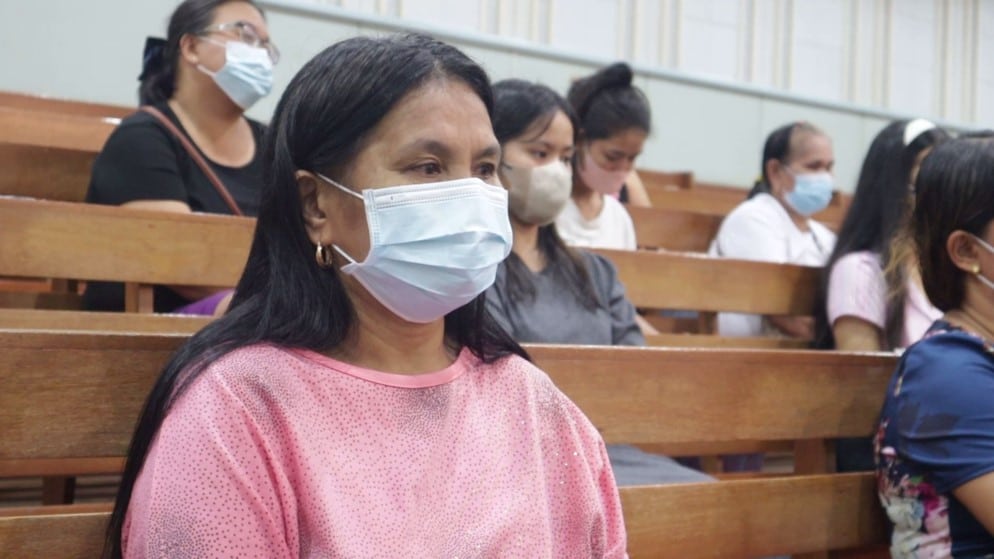