Those who have the right to serve God

One must first have the right to serve God for one’s services to be deemed worthy and acceptable and one should serve God based on His will.

By BIENVENIDO A. SANTIAGO JR.

IT IS COMMONLY ASSUMED that one may fulfill his sacred obligation to serve God in any manner he chooses. Sadly, such assumption has blurred for many two basic biblical truths regarding man’s service to God: that one must first have the right to serve God for one’s services to be deemed worthy and acceptable and that one should serve God based on His will. Precisely, for a person operating on that assumption holds that what’s important is he is able to serve God—in whatever way he prefers. However, that is not the case when it comes to serving God. In fact, the Holy Scriptures teaches otherwise. Such person has failed or ignored to find out what the will of God is and the condition He set in order for man to have that right to serve Him.

Those who have the right
The Bible clearly states the prior condition that must first be met before one can serve the living God: one must first be made clean and pure from sins, and only the blood of Christ can absolutely cleanse a person. In Hebrews 9:14, it is written:

“So surely the blood of Christ can do much, much more. Christ offered himself through the eternal Spirit as a perfect sacrifice to God. His blood will make us fully clean from the evil things we have done. His blood will make us pure even in our hearts. We are made pure so that we can worship (serve) the living God.” (Easy-to-Read Version)

Only those who have been made pure and clean can serve God—not just anyone.

In Acts 20:28, the apostles attest who were cleansed with Christ’s blood. Apostle Paul says:

“Take heed therefore to yourselves and to all the flock over which the Holy Spirit has appointed you overseers, to feed the church of Christ which he has purchased with his blood.” (Lamsa Translation)

Contrary to the popular notion that all people benefited from Christ’s sacrifice, it is only the members of the Iglesia Ni Cristo (Church Of Christ) who have truly gained from Christ’s redemptive act when He shed His blood on the cross. The members of His Church have been made pure and clean from their sins. Hence, they are the ones given the right to serve and worship God. 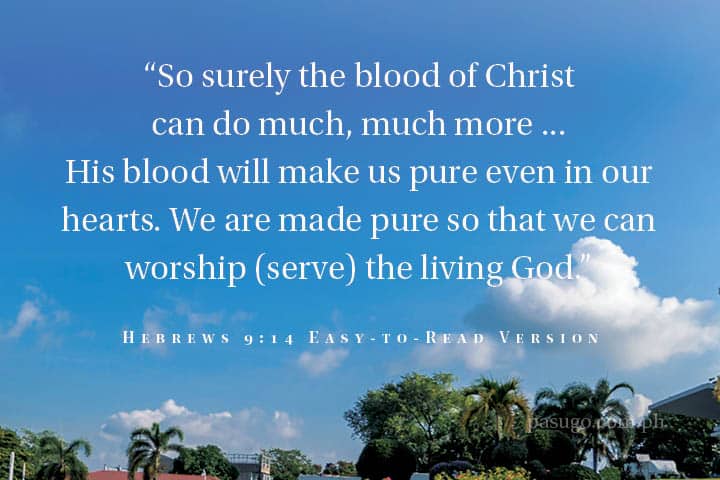 Not only does the Bible attest that the Church Of Christ has the right to serve and worship God, but it also has the true relationship with Jesus Christ. Apostle Paul attests to this:

“That’s why a man will leave his father and mother and be united with his wife, and the two will be one. This is a great mystery. (I’m talking about Christ’s relationship to the church.)” (Eph. 5:31-32 God’s Word Translation)

Those who don’t have the right

What about those who are not members of the Church Of Christ—those who do not have any relationship with Christ? According to Apostle Paul, such people do not have the right to serve God and have no share in His promises:

“…remember that at that time you were separated from Christ [excluded from any relationship with Him], alienated from the commonwealth of Israel, and strangers to the covenants of promise [with no share in the sacred Messianic promise and without knowledge of God’s agreements], having no hope [in His promise] and [living] in the world without God.” (Eph. 2:12 Amplified Bible 2015)

That’s a terrible condition to be in—to have no hope in God’s promise and live in the world without God. That is the predicament of anyone separated from Christ because he doesn’t have any relationship with Him. Any service and worship he renders to God will amount to nothing. God’s promised help and deliverance are not intended to include him. With the many uncertainties in this world and its nearing destruction on Judgment Day, things aren’t looking good for anyone outside the Church.

Therefore, one ought to strive to be in the Church Of Christ to have a relationship with Christ and be able to serve God. 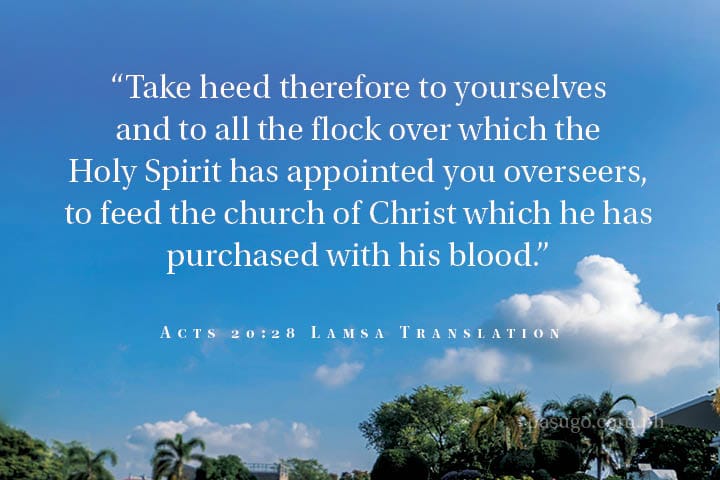 The rightful manner of serving God

“Their worship is worthless, for they teach their man-made laws instead of those from God.” (Living Bible)

When one serves God, he should observe His laws and teachings. Only then will God consider such service worthy and acceptable.

This is what God has been seeking from those whom He has given the right to serve and worship Him. For example, the Israelites. During their time, only they had the right to serve and worship God (II Kings 5:15 New King James Version; Rom. 9:4 Good News Bible). However, they were not at liberty to do whatever they wanted. God gave them His decrees regarding the worship that they should render to Him, and He demanded that the decrees He had laid down be followed punctiliously (Deut. 12:13, 4 ETRV). The same is true in the Christian era.

A counsel to those who have the right

Those who already have the right to serve God are truly blessed because they are certain that their worship is acceptable to Him.

Hence they are given an instruction to fulfill first in order for them to hold on to God and uphold their services to Him. In Deuteronomy 13:4, this is stated:

“Follow the LORD your God and fear him. Keep his commandments and obey his voice, serve him and loyally hold onto him.” (Digital American Standard Version 2011)

God’s true servants must be obedient. They must have reverent fear of Him. They have to be careful in obeying His commandments. They have to remain true to Him. They should never revert to the wrong worship of Him. They should never be enticed to stop serving the true God to serve false gods. Even if the ones who are pressuring them to do so are their family and friends, they must remain faithful to God (Deut. 13:3, 5-8 DASV). 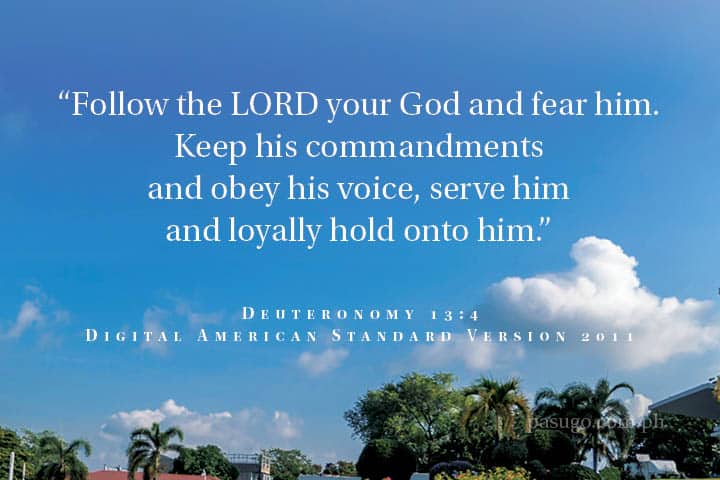 To remain in their right to serve and worship God, the true worshipers are exhorted by the apostles to be strong in the faith (Rev. 3:11 Expanded Bible) and to always excel in serving God (I Cor. 15:58 Names of God Bible). If they do these—if they devote themselves to faithful service of God—they will never be on the losing end of things. The apostles remind them that the works they do for the Lord will never be pointless.

So, even if they encounter trials and hardship in this life, they should still uphold their faith and services to the Lord until the end because on Judgment Day, they will receive the promised salvation and eternal life. In II Timothy 4:7-8, Apostle Paul states this:

“I have fought the good fight. I have finished the race. Without compromise I have remained true to the faith. What’s ahead for me now is to receive the crown that’s been reserved for me for saying and doing what was right, which the Lord, the Judge who always does what’s right, will give me on that Day, and not only to me but also to all who have looked forward in joyful and keen anticipation to His appearing.” (Last Days Bible)

Therefore, receiving the right to serve God and rendering the true worship to Him will not only make a person’s services to the Lord worthy and acceptable, but will also bring him great blessings in this life and in the life to come.

This article was originally published in the Pasugo: God’s Message magazine, April 2017 issue.