Why we greatly respect and love our Executive Minister

NOT A FEW OBSERVERS are baffled by the high regard and deference the Iglesia Ni Cristo (Church Of Christ) members accord their spiritual leaders. While some view it with grudging admiration, others had mistaken it for fanaticism or blind obedience.

Church Of Christ members highly esteem those who look after their spiritual well-being not only because some rules of propriety or convention demand it, nor by force of habit or tradition. Rather, they do so in obedience to God’s commandment:

“Obey your [spiritual] leaders and submit to them [recognizing their authority over you], for they are keeping watch over your souls and continually guarding your spiritual welfare as those who will give an account [of their stewardship of you]. Let them do this with joy and not with grief and groans, for this would be of no benefit to you.” (Heb. 13:17 Amplified Bible 2015)

God commands the true Christians to obey and submit to their leaders inasmuch as they labor for their spiritual welfare. But more than just recognizing their leaders’ authority, they are expected to do much more:

“We beg you, our friends, to pay proper respect to those who work among you, who guide and instruct you in the Christian life. Treat them with the greatest respect and love because of the work they do. Be at peace among yourselves.” (I Thess. 5:12–13 Good News Bible)

Christians are duty-bound to treat those who guide and instruct them in the Christian life with the “greatest respect and love because of the work they do.” This is the main reason the Church Of Christ members hold their spiritual leaders in the highest esteem and accord them genuine affection. God expects them to do nothing less.

Foremost among those who instruct and guide them in the Christian life is the minister entrusted with the administration of the Church:

“I have become its minister, according to God’s administration that was given to me for you, to make God’s message fully known.” (Col. 1:25 Holman Christian Standard Bible)

In the Church, God appoints a minister—like Apostle Paul in the first-century Church—who is vested with the authority to administer the flock and make His message fully known. In our time, he is the Executive Minister of the Church. And along with his task to preach God’s words comes the authority to lay down rules for Christians to obey:

“As they went through the towns, they delivered to the believers the rules decided upon by the apostles and elders in Jerusalem, and they told them to obey those rules. So the churches were made stronger in the faith and grew in numbers every day.” (Acts 16:4–5 Good News Bible)

Take note how the early Christians were edified in their faith and grew in number when they obeyed the rules decided upon by the apostles and elders of the Church. For, God sanctions every decision laid down by the Church Administration, as Christ told His apostles: 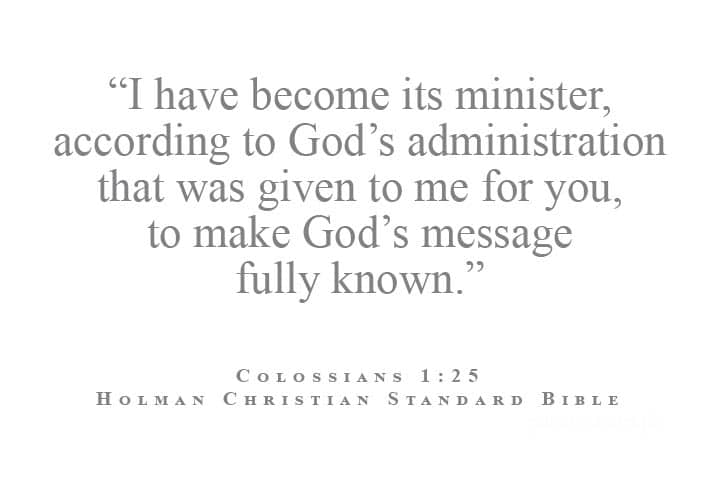 Thus, for those asking why we highly regard and esteem our spiritual leaders, especially our Executive Minister, the answer is plain and simple: God commands us to do so. And why do we find it easy and delightful to obey such command? Because we love them so much, for we ourselves see how our spiritual leader labors and toils for our sake, sacrificing personal comfort and safety, to preach to us God’s words and bring us closer to Him and His blessings. His genuine love and concern for us is palpable and deeply felt.

We, members of the Church Of Christ, are unabashed in expressing our love for our Executive Minister, who at present is Brother Eduardo V. Manalo. Because we know that we are always in his thoughts and prayers, he is also constantly in ours. That is the least we can do in appreciation of his selfless love and concern for our souls.

This article was originally published in the Pasugo: God’s Message magazine, September 2018 issue.