‘If only I were born a prince’

It surely is a great honor to be a child of a king. How much more to be a son or daughter of the greatest King of all?

HOW WOULD YOU FEEL if you found out that you’re a legitimate son or daughter of a king?

Considering how hard it is to make a big ascent from one socio-economic level to another, many sometimes just wish, as a form of an escapist dream or an expression of discontent, that they were born to a royal family, having blood relations with the reigning king or queen of a certain kingdom or monarchy.

If such a dream is too impossible, others would settle for, though also rarely probable, having ties with the royalty through marriage. Numerous fiction films have made use of and sold this plot time and again, especially as they cater to viewers who somehow fantasize of having a rag-to-riches fairytale fate. Undeniably, many, if not all, would want to at least have a taste of the perks that come along with being a royal.

It surely is a great honor to be a child of a king. How much more to be a son or daughter of the greatest King of all?

The Bible proves that true Christians are genuine members of the family of God, the King of kings (I Tim. 6:15). To members of the Church Of Christ that was redeemed by Christ’s blood (Acts 20:28 Lamsa Translation), the Bible says:

“… You are now citizens together with God’s people and members of the family of God.” (Eph. 2:19 Good News Bible)

“… At that time you were without Christ, being aliens from the commonwealth of Israel and strangers from the covenants of promise, having no hope and without God in the world. But now in Christ Jesus you who once were far off have been brought near by the blood of Christ.” (Eph. 2:12-13 New King James Version) 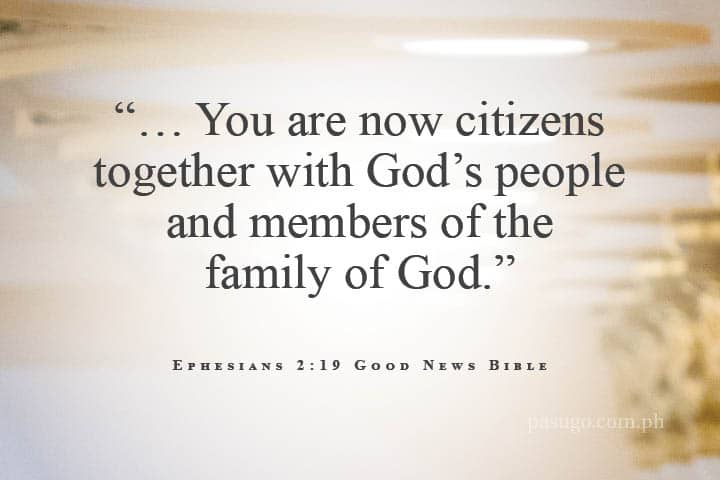 Contrary to common belief, not all people are considered by God as His children. While it is true that all were created by Him, people who have corrupted themselves with sins “are not His children” (Deut. 32:6, 5). And since all people sinned except Christ (Rom. 3:23; I Pet. 2:21-22), to become children of God has become a “right” given exclusively to people who have received and believed in Christ:

“But as many as received Him, to them He gave the right to become children of God, to those who believe in His name: who were born, not of blood, nor the will of the flesh, nor of the will of man, but of God.” (John 1:12-13 NKJV)

Fortunate, therefore, are members of the Church Of Christ in these last days, as God considers and addresses them, “My sons from afar, and My daughters from the ends of the earth” (Isa. 43:5-6 NKJV), for as such, they are His rightful “heirs” (Rom. 8:16). This means that since they are His children, they are His heirs, heirs with Christ (Rom. 8:17). In this life, God does not forsake them, for amid troubles when they call to Him, He will answer their prayers (Zech. 13:9). 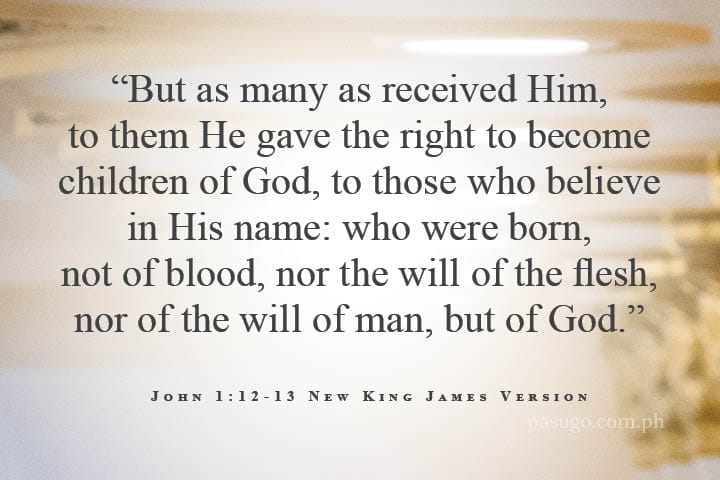 Hence, even if Church Of Christ members don’t ever get the chance to hold important government posts or military commands as royals in absolute monarchies do; even if they don’t figure in grand ceremonial functions as royalties practice in constitutional monarchies; and even if they don’t live in palaces, they, being children of God, the King of kings, have the greatest inheritance to look forward to: the eternal life in the glorious Holy City where there shall be no more death, nor sorrow, nor crying, nor pain (Rev. 21:1-4).

True Christians own the greatest kingdom in which reigns their Father, the greatest King. Therefore, they compose a family that is royally greater than any other, for they are “a chosen race, a royal priesthood, a holy nation, God’s own people” (I Pet. 2:9 Revised Standard Version).