Because of His love, God's people have the hope of overcoming whatever situation they may be in.

PEOPLE HAVE BEEN hoping that the Covid-19 pandemic would soon come to an end but are only met with disappointment, as other variants and subvariants of the virus surfaced and the disease continues spreading. Making things worse are the escalating tensions and armed conflicts between nations, as well as violence and social unrest in many countries. The rising prices of oil, food, and other commodities further aggravate the severe poverty suffered by hundreds of millions the world over. Add to these the devastating calamities claiming countless lives and destroyed billion dollars’ worth of livelihood.

Indeed, that we are living in interesting times is an understatement; and such worrisome events have pushed many people into hopelessness.

As the world’s end looms
But for the members of the Iglesia Ni Cristo (Church Of Christ), it is not surprising that we are living in extraordinary times. This is because they have been taught that the Holy Scriptures already foretold long ago about what the world’s condition would be as its end looms:

“This is what the Sovereign Lord is saying: ‘One disaster after another is coming on you. It’s all over. This is the end. You are finished. The end is coming for you people who live in the land. The time is near when there will be no more celebrations at the mountain shrines, only confusion. … There is fighting in the streets, and sickness and hunger in the houses. Anyone who is out in the country will die in the fighting, and anyone in the city will be a victim of sickness and hunger. … Everything is in confusion—the land is full of murders and the cities are full of violence. … Despair is coming. You will look for peace and never find it. One disaster will follow another, and a steady stream of bad news will pour in. You will beg the prophets to reveal what they foresee. The priests will have nothing to teach the people, and the elders will have no advice to give’.”
(Ezek. 7:5–7, 25–26 Good News Bible)

Indeed, the condition of the world is not getting any better. It will only worsen and will continue worsening until the end of the world or the Day of Judgment comes.

God’s promise to His people
Amid the hardships, God’s people have the hope of overcoming whatever situation they may be in. For, God will not abandon them and He will give them strength and peace:

“For the Lord will not forsake His people, for His great name’s sake, because it has pleased the Lord to make you His people.”
(I Sam. 12:22 New King James Version)

“The Lord will give [unyielding and impenetrable] strength to His people; the Lord will bless His people with peace.”
(Ps. 29:11 Amplified Bible) 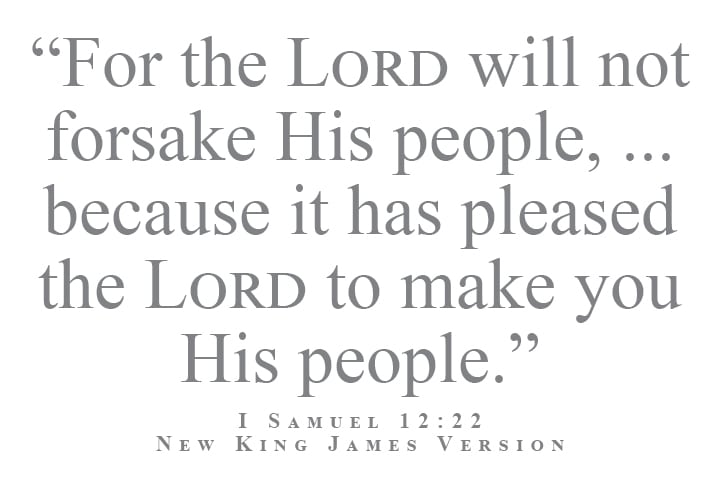 God’s chosen people are the ones called out of darkness as the apostles attested, thus:

“But you are a chosen generation, a royal priesthood, a holy nation, His own special people, that you may proclaim the praises of Him who called you out of darkness into His marvelous light; who once were not a people but are now the people of God, who had not obtained mercy but now have obtained mercy.” (I Pet. 2:9–10 nkjv)

From the darkness, they were brought into His marvelous light and to the kingdom of the Son, where redemption or the forgiveness of sins is found (Col. 1:12–14). The one that was redeemed or purchased by Christ with His blood is the Church Of Christ:

“Take heed therefore to yourselves and to all the flock over which the Holy Spirt has appointed you overseers, to feed the church of Christ which he has purchased with his blood.”
(Acts 20:28 Lamsa Translation)

Hence, those who belong to the Church Of Christ, God’s chosen nation, are the ones who have the hope of receiving the strength from God and the peace that they need. The Church Of Christ that was preached by God’s Messenger in these last days, Brother Felix Y. Manalo, is indeed of God, for it was prophesied:

“Behold, the LORD has proclaimed unto the ends of the earth, Say you to the daughter of Zion, Behold, your salvation comes; behold, his reward is with him, and his work before him. And they shall call them, The holy people, The redeemed of the LORD: and you shall be called, Sought out, A city not forsaken.” (Isa. 62:11–12 King James Version 2000)

The phrase “ends of the earth” refers to the period of time when the Second Advent of Christ is near. It is signified by the events prophesied by Christ, the first of which is the First World War that began in 1914 (footnote, Matt. 24:6–8 Last Days Bible). “Zion” refers to “the true church of Christ” (Heb. 12:22–23 The Remedy New Testament), specifically that of the first century.

The fulfillment of the prophesied “daughter of Zion” is the Church Of Christ that emerged in 1914 in the Philippines, a country in the Far East (Isa. 43:5–6). Therefore, the Church Of Christ or Iglesia Ni Cristo is the one that God recognized as His chosen nation in our time. It is the “holy people of God” which He will never forsake. This promise He also declared to another prophecy which is about His Messenger in the last days and to the result of his work, which is none other than the Church Of Christ today:

“You whom I [the Lord] have taken from the ends of the earth and have called from the corners of it, and said to you, You are My servant—I have chosen you and not cast you off [even though you are exiled]. Fear not [there is nothing to fear], for I am with you; do not look around you in terror and be dismayed, for I am your God. I will strengthen and harden you to difficulties, yes, I will help you; yes, I will hold you up and retain you with My [victorious] right hand of rightness and justice.” (Isa. 41:9–10 amp)

Manifestation of His love
The fulfillment of God’s promises to His Messenger and to the Church Of Christ in its entirety is truly evident and continues manifesting. Today, under the leadership of the current Executive Minister, Brother Eduardo V. Manalo, the Church Of Christ continuously reaps triumphs in all of its endeavors. These victories are a manifestation of His love for His people. 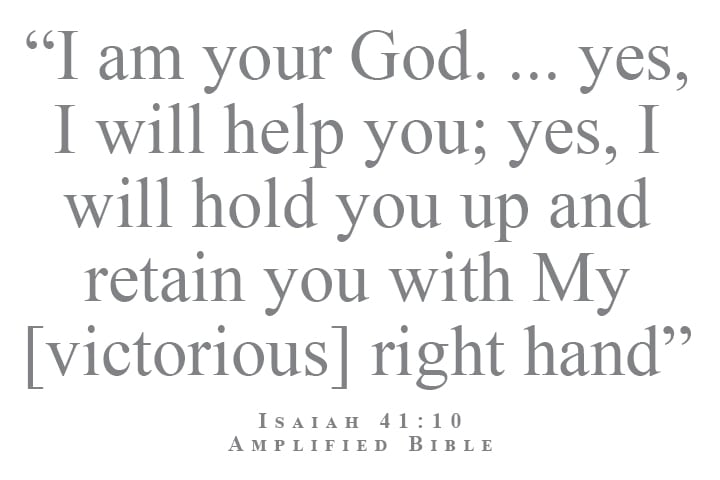 At present, with the Church members’ active participation in the work of propagating the true faith, the Church Of Christ has set foot in 162 countries and territories, with members from 149 nationalities and ethnicity. More and more people the world over, even those who are in far-flung places, are baptized and converted to the Church Of Christ, and more local congregations and ecclesiastical districts are established.

To cater to the spiritual needs of the ever-growing number of members and congregations, the Church Of Christ does not cease in building more houses of worship, as well as other edifices, despite the economic difficulties the world is facing at present. From 2009 up to present, the Church Of Christ has constructed more than 3,000 houses of worship, more than 452 of which in these pandemic times alone. Most notable of these are the house of worship of the Local Congregations of Luzon Avenue in Quezon City, Philippines that can accommodate 2,020 worshipers, the 1,200-seater chapel of the Local Congregation of Abucay in the Ecclesiastical District of Bataan, and the houses of worship of the local congregations of Winnipeg South in Canada; National City in San Diego, California; and Great North in Lusaka, Zambia. Another magnificent edifice built by the Church is the EVM Convention Center and inaugurated on March 15, 2022 situated along Central Avenue, Quezon City.

“That they may see and know, And consider and understand together, That the hand of the Lord has done this, And the Holy One of Israel has created it.” (Isa. 41:20 nkjv)

Not only is God’s love manifested in the Church in its entirety, but it is also felt by the members of the Church Of Christ individually. Although they, too, as all people do, experience hardships, they have the hope of receiving God’s promised help, especially when they are in dire need. God’s faithful people will not be disappointed when they call on Him for help, for the Almighty has promised:

“When my people in their need look for water, when their throats are dry with thirst, then I, the Lord, will answer their prayer; I the God of Israel, will never abandon them.” (Isa. 41:17 gnb)

Above everything else, members of the Church Of Christ, through God’s help, are able to remain steadfast in their divine election—their membership in the true Church—and zealous in their services to Him amid extraordinary times. Their being able to remain in the true Church Of Christ is indeed a manifestation of God’s love, that such makes them certain of being saved on the Day of Judgment:

“But God has shown us how much he loves us—it was while we were still sinners that Christ died for us! By his blood we are now put right with God; how much more, then, will we be saved by him from God’s anger!” (Rom. 5:8–9 gnb)

What we will never forget
God’s love for His people the entire Church, in general, and its members, in particular, is indeed beyond compare. And so, before the year ends, as what they have been doing ever since, members of the Church Of Christ do not forget to express their sincerest gratitude to God through their Thanksgiving worship services, bringing with them their thank-offerings, for His never-ending love:

“Bring your praise as an offering and your thanks as a sacrifice as you sing your story of miracles with a joyful song.

“Let everyone give all their praise and thanks to the Lord! Here’s why—he’s better than anyone could ever imagine. Yes, he’s always loving and kind, and his faithful love never ends.”
(Ps. 107:22, 1 The Passion Translation)